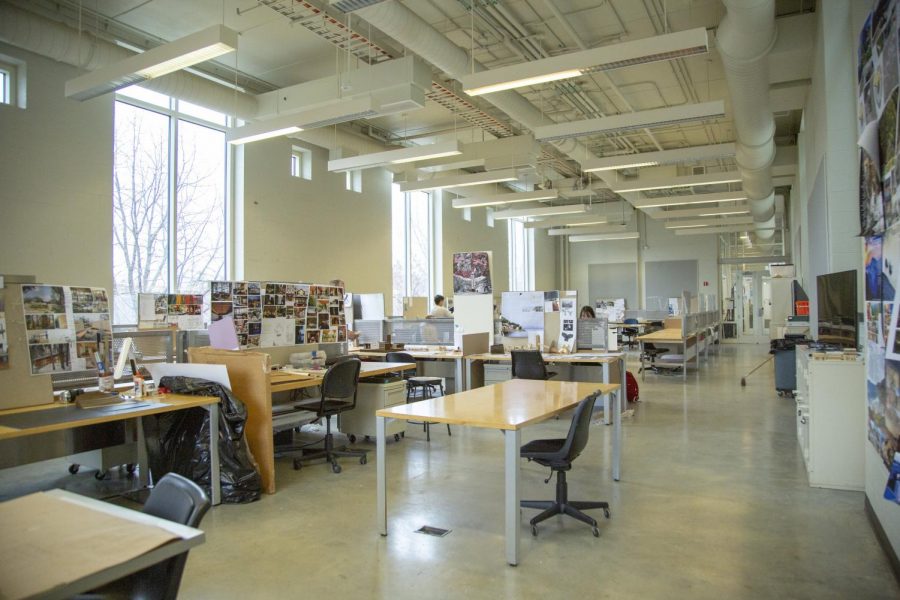 The Studio room in Temple Buell Hall where iVenture works and holds meetings.

A team of former University students have created QuillBot, a program that can improve and paraphrase awkward and poorly written sentences.

The QuillBot startup team consists of University dropout Anil Jason, and 2017 alums Rohan Gupta and David Silin. The project was originally a collaborative thesis between Jason and Silin, and has been developed as a company since 2017.

“It can make sentences more concise and flow better. It’s great for international students to make their writing sound ‘native’,” said Gupta in an email. “In addition, it’s also great when you are experiencing writer’s block and can’t really put your thoughts into writing.”

Jason said their research was to create an AI that can generate multiple-choice questions from a given article for users to self-evaluate. He said a key step in making Quillbot was for humanity to first make a language, and then thoroughly document it.

Jason also said the biggest challenge was attaining the proficiency that it has right now, and evaluating which models are better is a serious challenge with no obvious solutions.

The group was funded by iVenture Accelerator at the University, as they support funding for student-led startups and work to help student entrepreneurs.

Manu Edakara, Associate Director for Entrepreneurial Activities at iVenture Illinois, said that among a competitive field of entrepreneurs vying for funding and support, the QuillBot team’s ideas and passion stood out.

“Quillbot is comprised of student entrepreneurs from two different startups that came into the iVenture Accelerator,” Edakara said. “Our accelerator was very impressed with Anil Jason and Rohan Gupta individually, and after various interactions they had in iVenture, they decided to fold their respective ventures, join forces, and create Quillbot.”

As QuillBot is used more and more, the tool will progress since they are actually improving the underlying model.

The Quillbot and iVenture team have been hard at work advertising their service to University students, as well as seeking investment from Y-Combinator, one of the world’s top startup accelerators.

Edakara said the biggest challenge was marketing Quillbot to consumers effectively, but the founders made cooperation and creativity in advertisement far less stressful than it had the potential to be.

“The founders have demonstrated tremendous maturity given the viral nature of their product’s growth and have thoughtfully made tough, critical decisions,” Edakara said. “Their user growth has been exponential, and user feedback has been amazing.”

Edakara said that Quillbot is not a service that is only advertised to students.

“Quillbot is an amazing tool that can not only help University students, but faculty, as well as people with dyslexia,” Edakara said. “The applications and insights gained from this software are numerous in terms of natural language processing, adaptive learning in education and artificial intelligence.”