Unofficial 2019: Live updates throughout the day 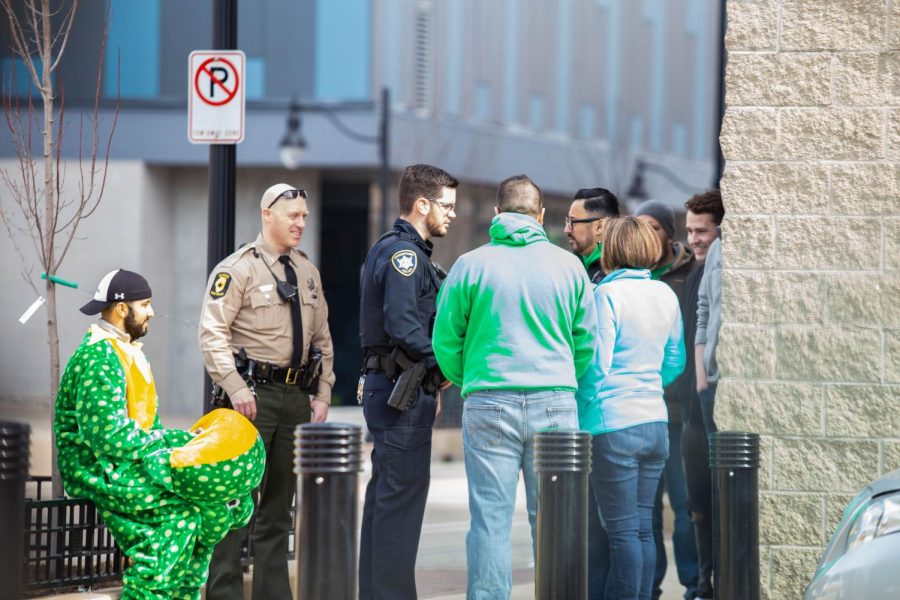 While more people are lined up outside of KAM’s and the Red Lion, some students said they’re also noticing an increase in police presence.

Jane Moran, freshman in LAS, said she is noticing police and knows more officers are out during this weekend.

“All my friends basically went home because they were scared of the police,” she said.

Moran said she has heard stories from Unofficial from other people but hasn’t experienced anything herself.

Some students like Caleb Gudeman, sophomore in Engineering, think Unofficial is not as hectic for University students as previous years.

“I feel like there’s way too much hype for what it is,” he said. “It’s more about other colleges coming to visit. I think (Unofficial) is definitely dying for people on campus but people from other colleges still like to come because they don’t really know what it is. It’s like this false hype.”

Although campus bars are open, people are not as eager to get in as previous years.

At around 11:30 a.m., about 15 people stood in line at the Red Lion. Campus representatives for Monster energy drinks handed out free drinks for those near the Red Lion.

Currently, there are no lines at any of the bars.

Students of the Intervarsity Christian Fellowship RSO have set up a table to offer passerbys water on Green Street.

“We just want to care for people the way Jesus cared for people,” said Brenda Gutierrez, senior in LAS. “Offering water to people is a way to show our love for campus.”

Kaitlyn Sebastian, junior in ACES, said the RSO has handed out water every year, and passerbyers are usually always happy to receive water.

“I think the goal is to care for people because it’s such a huge thing where people party hard,” Sebastian said. “So it’s just our way of caring and sharing the water.”

As campus bars remain closed until 10 a.m., not much Unofficial activity has been spotted around Green Street.

The Cracked food truck is parked in front of Joe’s Brewery on Fifth Street. An employee, Kathleen Kene, said she was hired specifically to work on Unofficial day but there hasn’t been much business so far.

“I was a student here at one point and it seemed a lot more busy. I’ve been to Unofficial and it seems dead this year,” Kene said. “I think cause it’s cold it doesn’t seem as busy.”

As it approaches opening time for Joe’s Brewery, people have started gathering in front of the bar.

It’s currently 25 degrees Fahrenheit and sunny. Despite the forecast predicting cloudy weather later in the day, people are starting to be seen around campus celebrating Unofficial St. Patrick’s Day in their festive green gear. The temperature will range from 28-40 degrees Fahrenheit for the rest of the day.