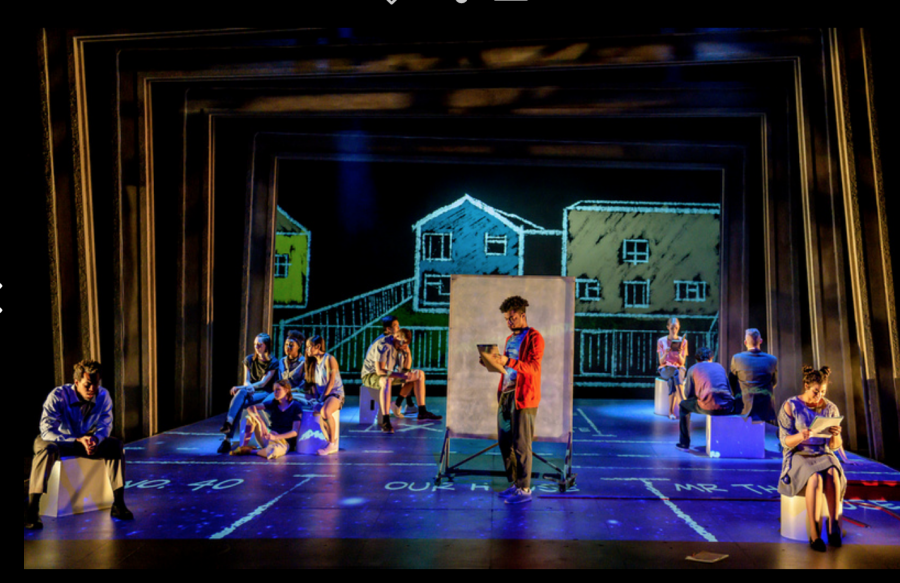 The Curious Incident of the Dog at Nighttime playing at the Illinois Theater on Feb. 18.

The Illinois Theatre will be putting on a sensory-friendly performance of a play, based on Mark Haddon’s award-winning novel “The Curious Incident of the Dog in the Night-Time,” for patrons who are on the autism spectrum or are sensory sensitive.

The play follows a teenage boy with autism as he tries to solve the mystery of a murdered neighborhood dog. The play explores the relationship between a parent and child, and what it takes to accept the faults in loved ones, according to the Krannert website.

Kirsten Pullen, professor and head of the department of theatre, said Illinois Theatre is taking care in making sure the environment is comfortable for their patrons.

Pullen said sensory-friendly performances are designed for patrons and their families who might find a traditional theater experience overwhelming.

“Illinois Theatre pursues a number of diversity, equity and inclusion initiatives,” Pullen said. “We are tackling accessibility for our audiences and performers this year. We are trying to make our fantastic productions available for the whole community. “

Pullen said the Illinois Theatre worked closely with The Autism Project to ensure their actors portray the lives of people on the autism spectrum with grace and dignity.

Leojae Payton, the actor portraying the main character, Christopher Boone, said in an email, that working on this play made him realize how little people understand autism and the people affected by it.

“We need to get better at educating ourselves about what other people in the world go through, even if it doesn’t necessarily apply to us because that is a start toward equality, rather than blind ignorance,” Payton said.

Payton said this play has also opened his eyes to how people on the autism spectrum are often ignored or treated with a lack of respect.

“Being able to really dive deep into Christopher’s mind and his view on the world is very beautiful and gives me more of a reason to share positivity and love to everyone who needs it,” Payton said.

Although one of the main goals of this play is education, it also entertains.

Pullen said the play is incredibly funny with an impressive set, constructed entirely out of gray walls and floors, and a video screen but mainly being portrayed by media projections. Pullen hopes patrons will be blown away by actors’ multiple dialects, acrobatic movements and overall talent.

“All of the acting is superb. But we also try to do plays that matter, that let our audiences learn something new about themselves and about the world,” Pullen said. “This play is important because it asks for empathy and understanding for people often rejected by society.”