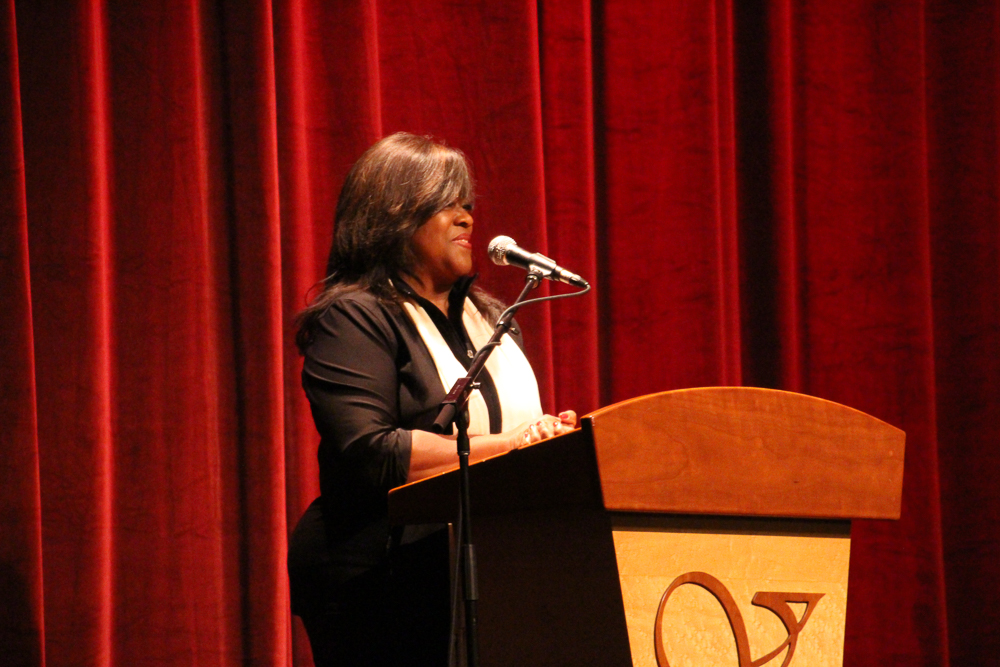 Chaz Ebert, wife of the late Roger Ebert, presents 99 Homes at the 16th annual Ebertfest at The Virginia Theater on April 18, 2015. Ebertfest will take place this year at the Virginia Theatre from April 10-13.

The full schedule for Roger Ebert’s film festival, Ebertfest, was released earlier this week. This year, a virtual reality demonstration showing short films will be a new addition to the festival and will be located outside the Virginia Theatre on April 12 in between films.

Ebertfest starts with a screening of “Amazing Grace” on April 10 and the last film screened on April 13, will be “Sideways,” with special guest Richard Roeper, a Chicago Sun-Times film critic and a co-host of “Ebert & Roeper.”

In addition to the movie screenings, the Dr. Martin Luther King Jr. Community Choir of Champaign-Urbana will be performing on opening night.

Morgan Neville, a producer and guest at this year’s festival will be appearing with his Fred Rogers documentary, “Won’t You Be My Neighbor?” Neville will receive the Ebert Humanitarian Award.

Roger Ebert and his wife, Chaz Ebert, co-founded Ebertfest in 1999 in order to celebrate films that may not have gotten the recognition they deserved while they were originally running, according to the Ebertfest website. Since Roger’s death in 2013, Chaz has been serving as the producer and host of Ebertfest.

Individual tickets and festival passes for the Ebertfest will go on sale on April 1.