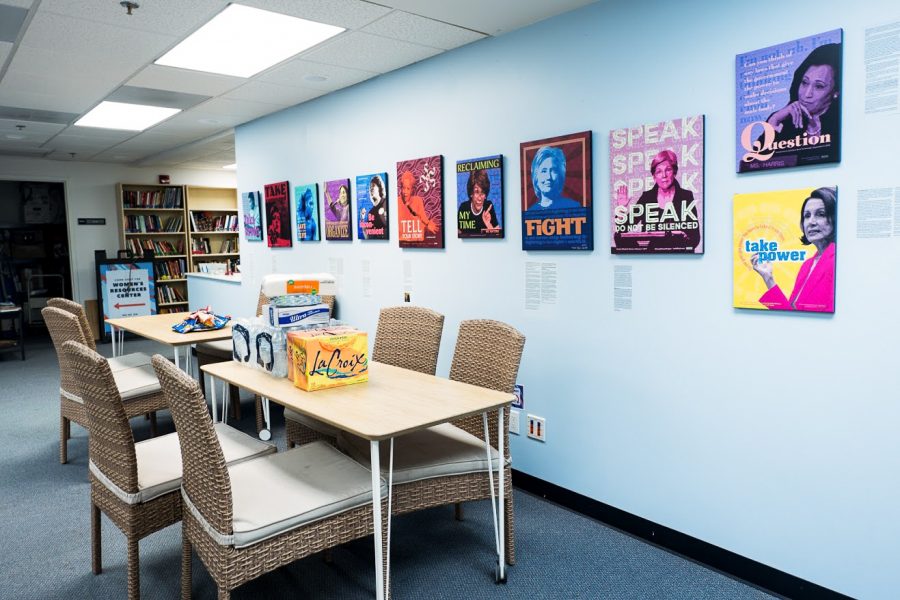 The Women’s Resources Center is located at 616 E. Green St. in Champaign. The UI Senate has passed a resolution increasing funds going toward the WRC to provide more resources for students.

Funds to hire two full-time confidential advisers at the Women’s Resources Center were approved by the University to meet increased workload demand.

In response, the University of Illinois Academic Senate endorsed these actions by passing a resolution supporting more funding toward resources to help students and staff affected by sexual misconduct.

The resolution passed the UI Senate 111-1 on March 4. It supported the immediate allocation of the ongoing funds to the WRC, which often has long wait times for those seeking help.

Siobhan Somerville, associate professor and chair in Gender and Women’s Studies, was part of the group of faculty that helped draft the resolution.

In all cases, the WRC ensures survivors are given immediate resources related to their needs and are followed up with as soon as possible. However, this frequently means a wait time of five to seven days, according to WRC director Sarah Colome.

“The WRC currently does not have the capacity to meet the needs of survivors across our campus in a timely manner,” Colome said in an email. “Survivors should not have to wait that long to access support resources in a fully informed manner.”

The WRC currently only has two part-time CAs, who have cross-discipline professional training, to serve a campus population of nearly 50,000. The new CAs will be the first full-time CA positions in University history. The WRC hopes to have the positions filled by June, Colome said.

“I look forward to seeing if the provision of these staff members and the subsequent increase in our office’s capacity will meet the existing need,” Colome said.

The resolution also includes the needs of underrepresented student populations such as transgender people, people of color, people with non-citizen status and students with disabilities who may be disproportionately vulnerable to being the targets of sexual misconduct.

One way to meet these needs is by offering embedded CAs in spaces such as cultural houses.

“The idea would be to create as many spaces as possible for students of different backgrounds to feel comfortable if they do have a problem and need to see someone,” Somerville said.

The resolution also supports additional resources for the Faculty and Staff Assistance Program. This program provides confidential assistance for faculty and staff members such as short-term counseling, crisis services and referrals to appropriate resources.

Teresa Barnes, director of the Center for African Studies, is one of the senators who sponsored the resolution.

In October, University law professor Jay Kesan was accused of sexual harassment after reports of inappropriate behavior with female students and female colleagues. Barnes points to this case as an example of how staff can also find themselves experiencing sexual harassment in the workplace.

“I hold the Women’s Resources Center to the highest regard, but they mainly cater to and serve a student population,” she said. “It’s important to have resources available and support available also to the non-student members of our community.”

More resources to address the needs of graduate and nontenured faculty, who don’t have tenure protections unlike other faculty members, are also supported by the resolution.

“The campus hasn’t been always so clear on who to go to if you need to get advice for dealing with sexual assault or sexual harassment,” Somerville said.

Additionally, the resolution supported appointing a University-wide ombudsman to refer people to resources that can resolve issues and also report concerns raised by the University community to campus administrators who can take further action. The role would not be limited to cases of sexual misconduct.

“It’s a kind of advocate for anybody on campus for students, for faculty, for staff,” Somerville said. “It’s an advocate who has the ear of the highest administrative leaders on campus. It’s really like a spokesperson for people who feel they haven’t been heard.”

The overwhelming support of the resolution from the UI Senate acts as an indicator of the urgency for campus leaders to take more action.

“The spirit of the resolution was that as a campus, it’s really helpful to have more discussion about what people’s options are, what resources are available and what needs to be made more available,” Barnes said. “That’s what we were hoping to contribute to that conversation by putting the resolution forward.”