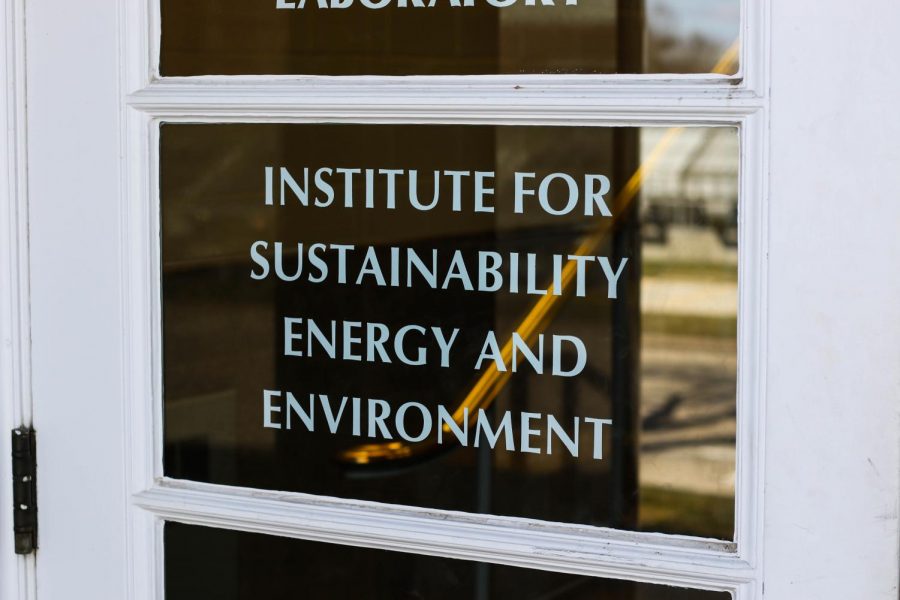 The office for the Institute for Sustainability Energy and Environment is located at 1101 W. Peabody Drive, Suite 350 in Urbana. The Institute supports the Crops in silico Project.

The University is sharing with four other academic institutions a $5 million grant, which is expected to aid the University’s Crops in silico Project.

The four other institutions are the University of Nebraska, Purdue University, Oxford University and Pennsylvania State University. The grant is funded by the Foundation for Food and Agriculture Research organization.

The main objective of the Crops in silico Project is to create computational models of virtual plants and crops. Doing this will give plant biologists a better understanding of how crops are reacting to climate change.

Amy Marshall-Colon, assistant professor in LAS, notes exactly how the crops are being affected by the changing atmosphere.

“We’ve been able to observe how plants do respond to elevated (carbon dioxide) concentrations,” Marshall-Colon said. “One thing that’s come out of that is that with inadequate soil nutrition, you get bigger plants, but you get less nutritious plants.”

Marshall-Colon is hopeful the computational technology will further advance understanding of the crops and how they react to climate change.

“We want to use computational models to predict things that are called idiotypes, or ideal crops, that would perform well under challenging environments,” Marshall-Colon said.

Marshall-Colon said this project can help combat food scarcity in the future.

“As we are experiencing climate change, we are going to have a decrease in our staple crops (and) an increase in our human population; there’s a disconnect. We just won’t have enough food to feed the world,” she said.

Matthew Turk is an assistant professor in LAS and a research professor at the National Center for Supercomputing Applications. Turk is a co-investigator included on the grant and said this project is a unique merger between two different fields of study.

“There are two different sides to it: One of them is the computational side and the other side is the plant biology side,” Turk said. “The contributions that we have been working on (have) largely been related to developing mechanisms for coupling models from different groups … (and) figuring out ways to get their models to talk to each other.”

Turk highlighted the importance of the Crops in silico Project and said it has the potential to help prevent a seemingly inevitable crisis.

“We want to identify mechanisms by which we can improve the production of food in order to meet potential food shortages and to support the long-term sustainability of food production,” he said.

Turk said he is excited for the collaborations this project will allow researchers to do with one another.

“In order to collaborate, there’s a whole lot of barriers that come from strictly technical problems,” Turk said. “In essence, that’s what we’re attempting to build here: a mechanism that allows people to seamlessly share both their results and also their methods for simulating the crops.”

The Crops in silico annual meeting will kick off on May 1. Registration is free and Marshall-Colon encourages anyone who is interested to come to the public lecture to be more informed on what the project is about.

“We would love for as many people as possible to attend to see what we are doing … and get an idea of what can be accomplished through computers and working with breeders and computer scientists,” Marshall-Colon said.