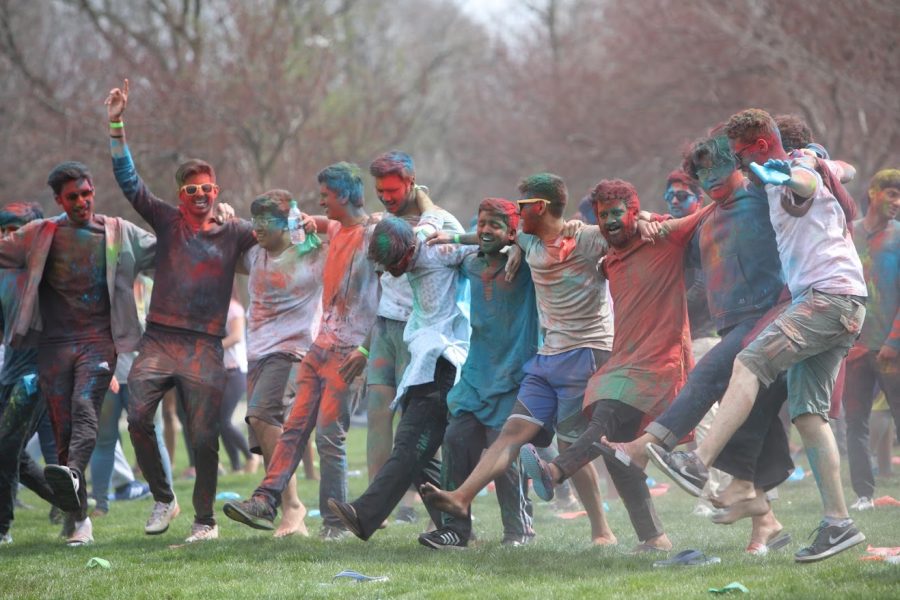 Students celebrate Holi at the Florida and Lincoln Playing Fields on April 21. Holi is an annual Hindu festival celebrating the arrival of spring and includes throwing colored powder on festival participants.

Asha for Education UIUC will host a Holi Festival on April 13 at the Florida and Lincoln Playing Fields.

Holi is an ancient Hindu festival that celebrates the arrival of spring and is often referred to as the “Festival of Colors” because of the colorful powders thrown in celebration of the event.

“Holi has vital cultural significance to the South Asian community all over the world,” said Niti Shah, the University’s chapter coordinator for Asha for Education and senior in LAS. “While there are religious connotations associated with the holiday, it also represents the arrival of spring and the defeat of good over evil.”

For Asha for Education, Holi is not only an opportunity to share an aspect of South Asian culture but also to raise a significant amount of funds for schools and other projects being initiated in India.

“Individuals who attend our event can rest assured that they will be able to experience traditional and modern dance performances, taste authentic Indian cuisine and snacks, and engage in the color-throwing tradition that is unique to Holi, all while supporting a global organization that is dedicated to increasing educational accessibility,” Shah said.

The Holi Festival will have around five performances, including student groups and groups that will be performing for Asha for Education’s Holi Festival for the first time. Asha Education is expecting up to 2,500 people to attend the festival.

“Whether you are a freshman and this your first chance to attend Holi or a senior who has never attended the event and everyone in between, this truly is an event for everyone,” Shah said. “Asha for Education UIUC Chapter’s Holi is the largest Holi celebrated in the Midwest.”