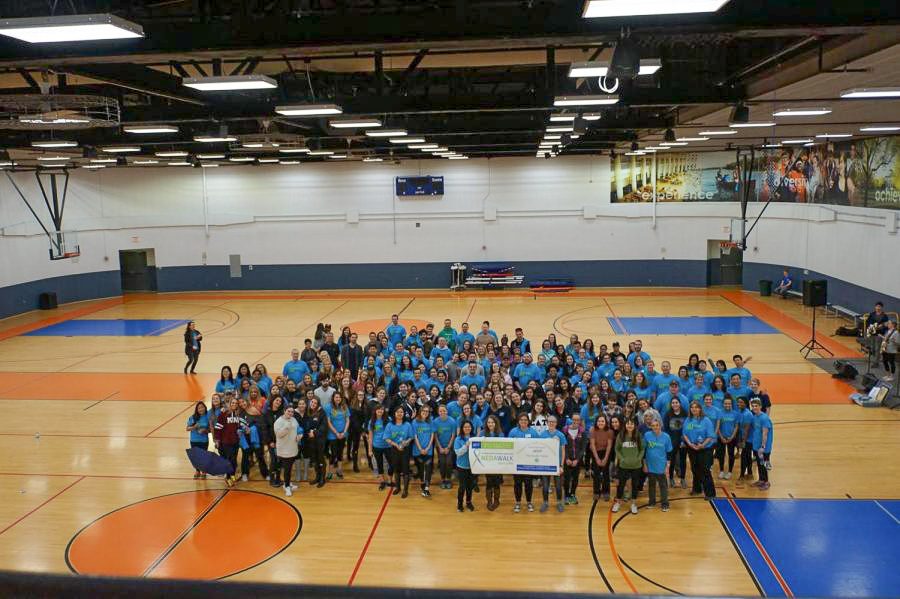 Participants of 2017 National Eating Disorders Association Walk. The walk, hosted by the University Counseling Center in partnership with the NEDA, raises money and awareness for eating disorders.

The University Counseling Center is partnering with an eating disorder awareness nonprofit to host a walk on April 13, aiming to raise awareness and gain supporters to fight against eating disorders.

The National Eating Disorders Association is a nonprofit organization that fights against eating disorders.

The walk will start at the Illinois Arboretum at 9 a.m. and end at noon.

Carina Bauer, a clinical counselor and member of the Eating Disorders Treatment Team at the University Counseling Center, said in an email this year the organization is allowing people to sign up for the walk for free. Participants will have the chance to donate to NEDA; however, it is not required to participate.

“This is a great shift because it is more accessible for people to come and show their support,” Bauer said.

“One hundred percent of the money raised from a NEDA Walk goes to NEDA and NEDA network members to help fund awareness, prevention, service and treatment programs on a national level,” Bauer said.

Bauer said the event has gained significant support in the community over the past six years of it running.

“We have found a lot of enthusiasm and support from both the college and community population, which has encouraged us to continue the walk each year,” Bauer said.

University sororities, such as Alpha Omicron Pi, have participated and donated to the event as part of the Fraternity & Sorority Affairs program, the Illinois Body Project.

“We run a workshop for our members living in the house about having a positive body image and being able to create a body-positive environment,” said Audrey Ashburn, sophomore in LAS and chapter president of Alpha Omicron Pi, in an email. “This has sparked a lot of our members to be passionate about body image, so we have been wanting to support those who are affected by a negative body image.”

“Eating disorders to many people often fall under the umbrella in people’s minds as more of a ‘choice’ rather than a disorder, which is stigmatizing and can really make those who have an eating disorder feel as if they are not valued or recognized,” Ashburn said.

Bauer said she hopes the walk can help decrease the shame and stigma that so often surrounds eating disorders.

“People struggling with ED concerns can feel very alone, so there is such value and importance in having events like the NEDA walk that promote awareness and help challenge stigmas around eating disorders,” Bauer said.

Bauer said eating disorders have the highest mortality rate of any mental illness but early intervention can help.

“We have and continue to see students on campus coming to the Counseling Center to get support around disordered eating, body image concerns and struggling with an eating disorder,” Bauer said.

Ashburn said sororities on campus have a responsibility to promote positive body images and health for young women with the help of programs like the Illinois Body Project.

“Creating an environment that promotes a healthy body image is critical, especially in a house full of women where negative body attitudes can usually thrive,” Ashburn said.