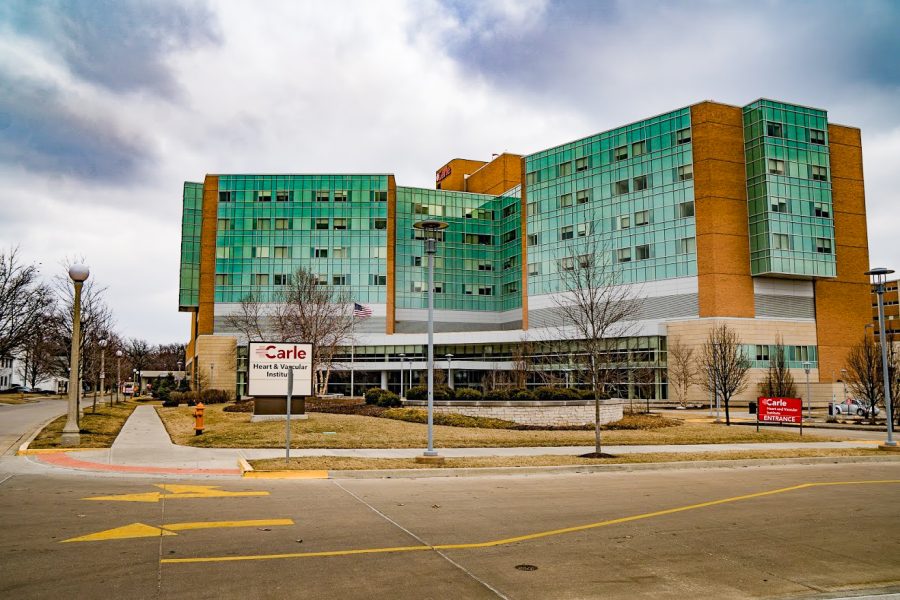 Carle Foundation Hospital is located on Park Street in Urbana.

Carle Foundation Hospital was under fire from a Mississippi law firm that filed multiple lawsuits against not-for-profit hospitals in the United States because of the level of charity care it provides for the poor, which was resolved in 2008.

“Look at all the facilities Carle has all across the community,” said Robin Wilson, professor in Law. “Almost every two or three blocks, I’m passing a Carle facility.”

Although the Carle Foundation does seem to be growing in community, some do not necessarily see this as a positive.

“It’s a question that’s not unique to Champaign-Urbana. It’s one that states around the country are struggling with. In a nutshell, (the question) is essentially: What does a tax-exempt hospital have to do in exempt in exchange for a massive subsidy, by the community that they’re in, whether that community is a local community, state community or national community?” Wilson said.

In an article, former Urbana mayor Laurel Prussing contends Carle’s annual revenues, which are approaching $2 billion, make Carle a big business behind its charitable curtain. Prussing said there are some true charitable hospitals, and some that started out that way. According to the article, she believes long ago, Carle adopted a policy of expanding, raising prices and putting others out of business.

“The question of tax exemptions for properties owned by The Carle Foundation returned to Champaign County Circuit Court, and a judge is considering what was presented in court. Testimony happened throughout January 2019 when several witnesses testified on behalf of Carle, the plaintiffs, and the local governments, the defendants,” Laura Mabry, communications partner at Carle, said in a statement.

Wilson said she thinks Urbana took the position that the subsidy was far greater than what was exchanged.

“Urbana is really focusing on one thing — the property tax — (and) in effect (is) saying if you don’t do enough free care, we’ll tax you just like we tax (a condo). That, of course, got Carle’s notice because for some of these hospitals, the tax bills would be exorbitant,” Wilson said.

Mark Hall, law professor at Wake Forest University, was called in as an expert witness on behalf of state and local taxing authorities sued by The Carle Foundation.

“The trial part is completed, in that all the evidence has been introduced, but the judge has not yet decided because the parties are still submitting briefs,” Hall said.

“Carle is focused on providing care to patients, regardless of their ability to pay,” she said. “This level meets the threshold established by the Illinois legislature in 2012 for a hospital to maintain property tax exemptions.”

In the statement, Mabry said the case focuses on the years 2004 to 2011, which is the period when local governments placed The Carle Foundation, which is not-for-profit, on the tax rolls. During that time, Carle paid about $20 million in taxes under protest. The funds remain in escrow until the case is decided.

Mabry said in the statement the “Illinois Supreme Court had weighed in on the constitutionality of the state law and although it did hear the Carle case in 2018, returned the case to the circuit court.”

She added closing arguments will be made in June with a decision from Judge Randy Rosenbaum later this year. However, there is still potential for any decision made to be appealed.

“We will hear in some amount of time whether Carle wins its suit for showing that it was providing uncompensated care and community benefits to the degree that warranted the subsidy,” Wilson said. “We don’t know where that’s going to land yet … we’re waiting on that.”

Editors Note: A previous version of this article said Carle Hospital is currently under fire from a Mississippi law firm. The lawsuit that was referred to was resolved in 2008. The Daily Illini regrets this error.