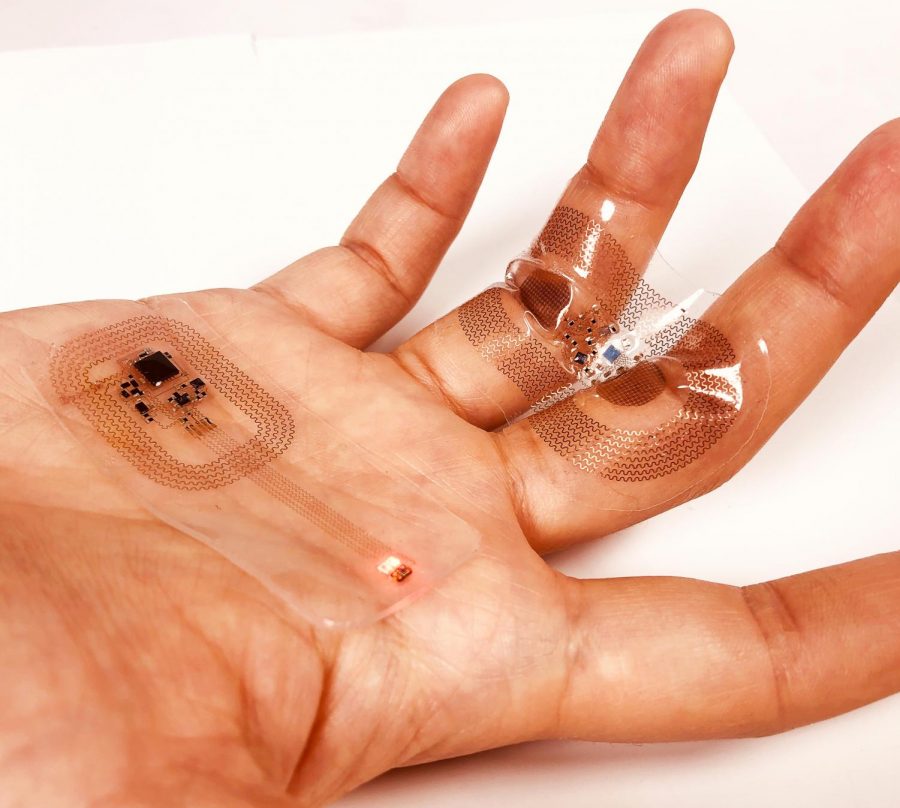 New technology patches are placed on a baby’s skin to monitor those who are premature or have medical conditions. These devices will allow parents to have physical contact with their babies.

A Coordinated Science Laboratory professor from the University and a professor from Northwestern University created a device that eliminates the physical divide between pre-mature babies and their family through in-home monitoring.

According to the CSL website, the team consisted of Naresh Shanbhag, professor in Engineering; and John Rogers, professor at Northwestern University.

If newborns are born prematurely or are found with other medical problems, they must be monitored regularly which creates a barrier between the parents and their child.

Newborn babies requiring intensive care are monitored through electrodes with wires attached to monitors placed on the baby’s skin. However, with Rogers and Shanbhag’s new device, families can hold their baby without wires in the way.

Rogers and Shanbhag developed a battery-free patch that can be laid on the skin. Although the patch is paper thin, it involves a combination of four different technologies: wireless power and data transfer, data analytics, time-synchronized data streaming from different sites and visual inspection of the skin surface.

The new technology reduces  the risk of injuries on a baby’s skin, which occurs when adhesive tapes are used to keep wired-based sensors to the skin.

“The parents are consulted, presented with all of the details of the technology and the goals of the studies, and they provide written, informed consent for participation,” Rogers said in an email. “The very high rates of positive consent — around 80 to 90% — is a good indication of the interest and the perceived positive value in the technology.”

Emma Dunne, a clinical research assistant at the children’s hospital, said in an email she is delighted about the new technology.

The Rogers Research Group at Northwestern University has established a close collaboration with physicians, nurses and researchers at Prentice Women’s Hospital and Lurie Children’s Hospital.

Dunne said she hopes the vital wireless monitors will make it easier for nurses to care for their patients in the NICU because it will allow them to spend less time maneuvering and replacing wired monitors.

“Nurses who work with infants in the NICU at Prentice Women’s Hospital have been incredibly receptive to the concept of wireless vital monitoring and will play an integral role in the success of the research and the continued development of the devices,” Dunne said.

Rogers hopes this study will form the foundation of a process of FDA approval to allow broader distribution of the devices to hospitals and homes.

“The motivation is to strive to leverage advances in engineering and technology to improve the safety  and efficacy of clinical health care,” Rogers said.