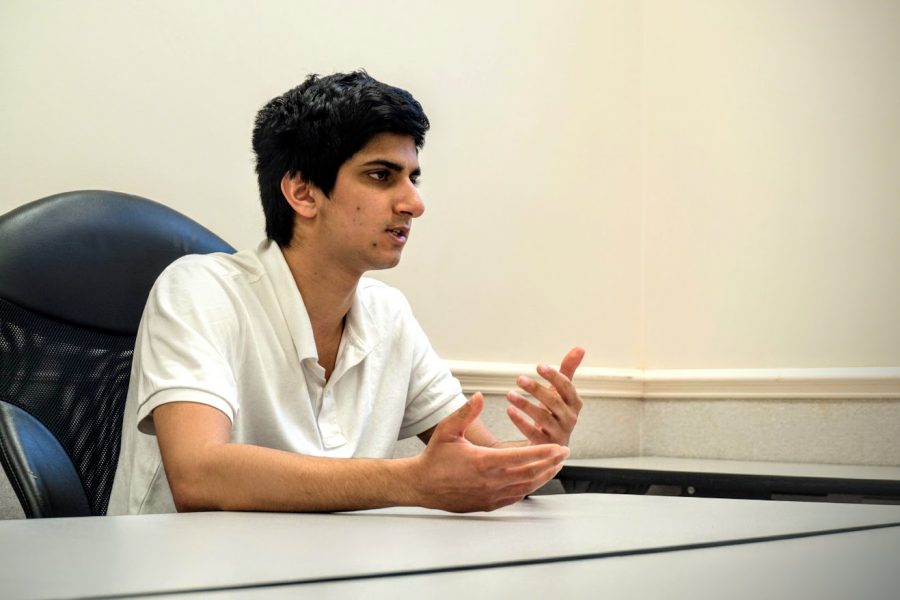 Executive board members of the Illinois Student Government sent a letter to Texas State University’s student government applauding them for their attempt to ban Turning Point USA, a national conservative organization, from their campus.

TSU’s Faculty and Student Safety Resolution of 2019 called for the “immediate removal” of TPUSA from their campus, referring to the organization as “a negative campus influence.”

“TPUSA as a whole, as a national organization, has had some type of influence within our elections on campus and things of that nature, and so those are some things that are causes for concern,” said Corey Benbow, student body president of the Texas State Student Government and senior in Applied Arts.

Benbow said other causes for concern included the “professor watchlist,” a TPUSA project which, according to its website, is meant to “expose and document college professors who discriminate against conservative students and advance leftist propaganda in the classroom.”

These, as well as other allegations, were named within the resolution.

Sardana said he initially learned of the resolution through a news article from the TSU student newspaper.

Sardana said these are issues student leaders deal with a lot, so ISG wanted to write a letter in a show of support to Texas State’s student government to thank them for bringing those concerns to light.

“We wanted to just write a letter to show our support to their government to thank them for bringing up those concerns and shining a light on issues that have impacted us as well,” Sardana said.

ISG said in the letter that TPUSA has “a long history of harassment on campuses around the country,” referring to the events that took place on the University campus regarded as forms of harassment, including sharing private information of undocumented students and professors with the public, holding a “Hate speech is Free speech” event within close proximity of the massacre at Christchurch Mosque in New Zealand as well as constructing a symbolic wall on the Main Quad.

“I’m disappointed but not surprised that the student government would decide to do something like this,” said Andrew Minik, former member of TPUSA at the University and former diversity chair for ISG. “It proves that they have no respect for the fundamental first amendment right of students on campus and that they don’t trust students to be smart enough to engage in a political debate without getting their feelings hurt.”

Madeleine Hubbard, junior in Media and president of TPUSA at the University, disagreed with the harassment claims made against the conservative organization and said ISG is “so used to living in their own little bubble.” As a former member of ISG, Hubbard thinks there should be more dialogue between ISG and TPUSA.

“(TPUSA) provides a unique outlet for students,” Hubbard said. “I’ve had dozens and dozens of students come up to me saying, ‘Oh my goodness, I didn’t know that there were other kids on campus who felt like this. Thank you so much for letting me know that I am not alone.”

Benbow said the resolution was passed on April 8 but was vetoed by the former student body president of the TSU student government.

“What I’d say is the facts are the facts, and nothing that we said in the letter is factually incorrect,” Sardana said.

Sardana said it’s obvious not everyone will agree with what was written, but ISG stands by the letter because everything  it said was factually accurate, and the concerns raised were very real.

He also said ISG is nonpolitical, as are their efforts to advocate for students for various matters.