Rumors spread of multiple reports of batteries on campus 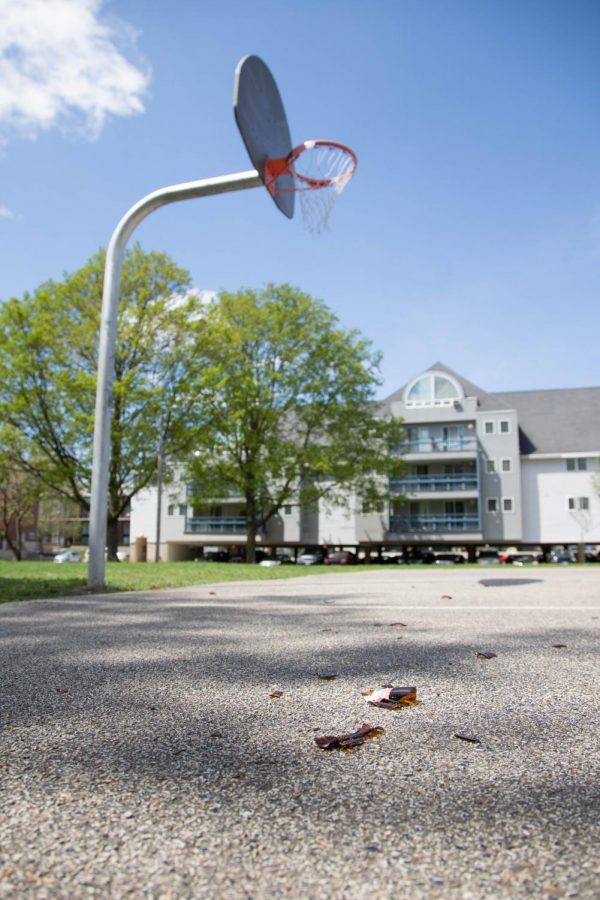 This basketball court, located near Washington Park in Champaign, is where UI students were battered last week. The battery occurred around 1:30 a.m. on Wednesday and two unknown offenders jumped the victims while they were walking home from KAM’s.

The rumors presented different scenarios for each incident. Some reports indicated beatings were reported at the Main Quad, Illini Grove and Washington Park.

In actuality, one battery occurred around 1:30 a.m. on Wednesday and was reported around 3 a.m. to Champaign Police. According to the Champaign Police Department’s report, two unknown offenders jumped the victims while they were walking home from a bar.

As of Thursday, neither Champaign, the University nor Urbana police departments have released any other reports of similar batteries in the University area.

Of the battery that did occur, Holly Pasquinelli, freshman in Engineering, was a victim and a witness.

According to Pasquinelli, she and Aidan O’Keefe, freshman in Business, were walking home from KAM’s and were passing by Washington Park when Pasquinelli was grabbed by the back of her head and shoved to the ground. Pasquinelli was unconscious for a few minutes.

“The whole time I was laying on the ground in shock,” Pasquinelli said. “I couldn’t hear anything. I couldn’t move.”

Just as Pasquinelli was shoved to the ground, O’Keefe was hit with a brick on the left side of his head.

Pasquinelli said she awoke to find O’Keefe trying to fight off two men. The two men continued to hit O’Keefe with the brick. Once O’Keefe was able to fight back, the two men ran away.

O’Keefe said he does not have memory of this, and only knows because Pasquinelli told him.

Afterward, O’Keefe took Pasquinelli to his home and phoned her friends. He then spoke with his resident director, who took O’keefe to the hospital where he filed the police report with Champaign police.

Pasquinelli was left traumatized, and O’Keefe was left with a concussion and facial bruising.

Neither Pasquinelli nor O’Keefe know why the two men acted as they did, as nothing significant occurred at KAM’s.

Pasquinelli has been in touch with detectives at the Champaign Police Department and has confirmed no other incidents have been reported, though they are aware some cases may go unreported.

Of the rumor that the alleged incidents were gang affiliated, Pasquinelli said the Champaign detective said he had never heard of anything like that.

The rumors have also affected Pasquinelli.

“It’s very frustrating for me,” she said. “It was a very traumatizing thing for him and (me) to go through. It’s not been an easy past few days.”

Pasquinelli said she wants everyone to stay safe and to never be alone when they go out.

“You just never know when things are going to happen to you,” she said. “But when it does, it becomes very real.”