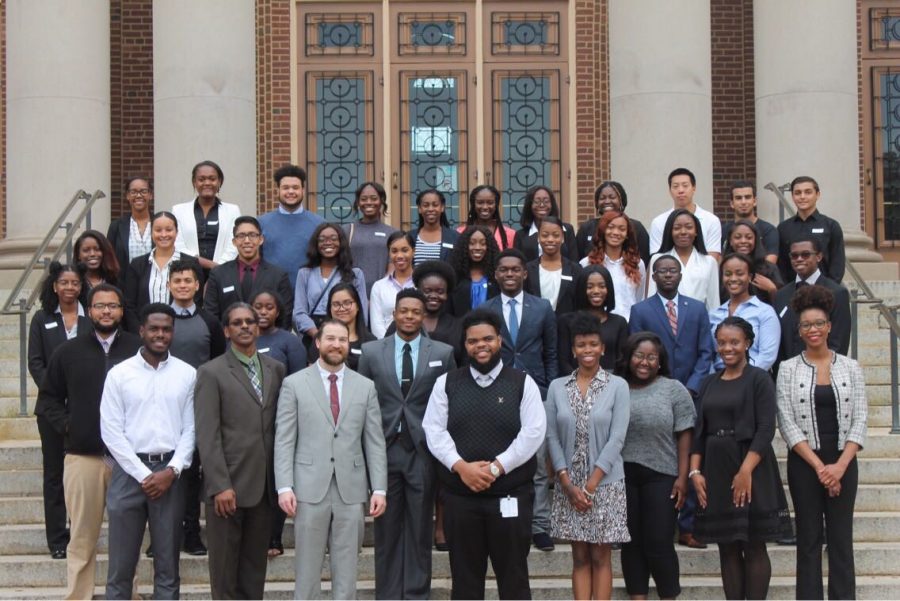 Berkelee Asare, junior in LAS, knew she wanted to become a doctor during her sophomore year of high school when she sought a black dermatologist for her skin problems but had difficulty finding one.

Now, she is on the pre-medical track studying chemistry with a minor in African American studies. Her hope is to become a dermatologist.

A recent nationwide study conducted by Kaplan Test Prep found 80% of the 245 pre-med students surveyed say it is important for the American medical profession to be more demographically representative of the general patient population.

The University was recently ranked among one of the top colleges for undergraduate students who want to apply to medical school and pursue medical degrees at the graduate level.

At the University, 381 students applied to medical schools last year, according to the Association of American Medical Colleges. Out of those applicants, 31 identified as Hispanic, Latino or of Spanish origin and 28 identified as black or African American.

Of the 31 students in the Carle Illinois College of Medicine this semester,  two students are African American and two are Hispanic, according to the Division of Management Information.

“Carle Illinois is committed to attracting and training future physicians who align with our mission and values,” Few said in an email. “Our admissions process is designed to ensure that the students who come here for our engineering-based medical program are ones we believe will make great physicians.”

“It’s so important to keep encouraging medical schools and colleges to reach out to student populations and continue to develop talent recruitment and pipeline programs,” Minasi said. “Medical schools have to get underrepresented students excited about a career in medicine and pledge to support their goals.”

Kaplan Test Prep works with pipeline programs at about 100 different institutions across the country by helping applicants prepare for the MCAT, a medical school admissions exam, which measures students’ qualifications and preparedness for medical school.

Asare is treasurer of the University Minority Association of Pre-Medical Students, which is an initiative started under the Student National Medical Association. The MAPS University chapter was founded in 2017.

Asare said if she hadn’t joined the organization, she doesn’t know if she would still be in pre-med. MAPS helps to create a family for minorities in pre-med so they don’t feel alone in the process, she said.

“It’s easy to think being pre-med is a competition, but it really isn’t,” Asare said. “It’s really important to build relationships with doctors and medical students to be able to reach where you want to get to because you can’t do it alone, especially being an underrepresented minority in the field.”

According to the AAMC, those who identify as black or African American and Hispanic or Latino both accounted for about 5% of 2015 medical school graduates. These groups account for about 13% and 18% of the general U.S. population, respectively.

Another driving force in Asare’s goal to become a doctor is that she believes there is a disparity in the prognosis and medical treatment provided to African Americans. Particularly, she referenced findings of how black women and white women get breast cancer at about the same rate, but black women die from breast cancer at a higher rate than white women.

In Asare’s experience taking chemistry classes, she has found fewer black students as she went on to take higher level classes.

Minasi mentions that in addition to the recruitment of underrepresented populations in pre-med programs, there also needs to be a focus on retention.

“It’s so important that pre-health programs recruit diverse applicants and have systems in place to retain them throughout the process,” Minasi said.

Many diverse applicants are the first in their family to apply to medical school, Minasi added. There’s an overwhelming number of applicants with one or more parents who is a practicing physician, which gives these applicants an advantage.

Asare’s family doesn’t have a medical background unlike other pre-med students she has met. She has leaned on the support of other black students in pre-med and some faculty members to help her get through the process.

“Having that support and knowing what you’re supposed to do to go into the medical field is very important because if you don’t know how this works, you’re not going to do well,” Asare said. “There’s a lot more you have to do than just doing well in your classes. You have to do shadowing, you have to do volunteering, you have to research.”

The cost of medical school can also be a barrier for students looking to enter the medical field.

Minasi said existing research shows  people of color are more likely to seek medical treatment from physicians that share similar backgrounds because it promotes a culture of trust and open and honest communication.

Asare hopes that as a doctor,  she can provide this comfort for her patients.

“Being in (MAPS) helps me feel more comfortable and more encouraged to pursue what I want to pursue because it’s really important that I can provide that comfort in people as a doctor,” Asare said.