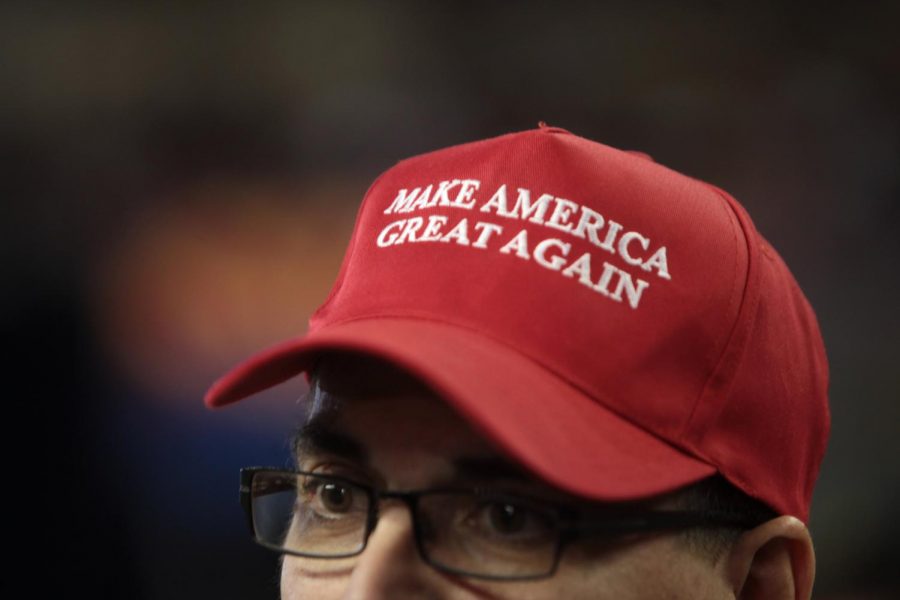 A "Make America Great Again" hat in support of Donald Trump is worn at a rally at Veterans Memorial Coliseum at the Arizona State Fairgrounds in Phoenix, Arizona.

Virginia free speech advocacy group Speech First has filed a lawsuit against the University for four policies and practices that, in their view, target protected speech.

Speech First filed a preliminary injunction motion tonight to restrict these practices until the suit closes.

According to the 29-page suit filed last Thursday in the U.S. District Court in Urbana, the University has “created a series of rules and regulations — along with an elaborate investigative and enforcement regime — designed to restrain, deter, suppress and punish speech concerning political and social issues of public concern.”

Plaintiff Speech First argues the following UI practices to violate the First and 14th amendments: its need to pre-approve leaflet distribution for candidates in non-campus elections, its Bias Assessment and Response Team, its definition of bias-motivated incidents in Residential Housing and its “virtually limitless power to issue No Contact Directives.”

Speech First filed the lawsuit on behalf of its UI members and uses several student complaints in its argument.

The four anonymous perspectives are of current or future UI students who fear BART practices will force them to “engage in self-censorship” due to their “unpopular” beliefs.

The political, social, policy and religious views these students hold that Speech First deems “unpopular on campus” include support of President Donald Trump, opposition to abortion, support of stricter border security and other largely conservative positions.

The lawsuit also presents examples of bias-motivated incidents issued against UI students and Speech First members for their support of Chief Illiniwek, engagement in pro-Israel student groups, attendance of a “Build That Wall” event and vocalizing strong anti-theistic perspectives.

The UI “has not received official notice of this litigation, but we will review any filings and respond appropriately,” said University spokeswoman Robin Kaler in an interview with the News-Gazette.

The lawsuit names UI President Timothy Killeen, Chancellor Robert Jones and the entire UI Board of Trustees, as well as a collection of Housing, BART and Student Affairs staff as defendants.

“It struck me that it’s a chilling environment on campus these days, and frankly it’s not what I remember the school being like,” said Speech First president and UI graduate Nicole Neily. “I assume we’ll have a hearing on that by the end of the summer.”

As this is an ongoing legal matter, defendants were unavailable for comment.