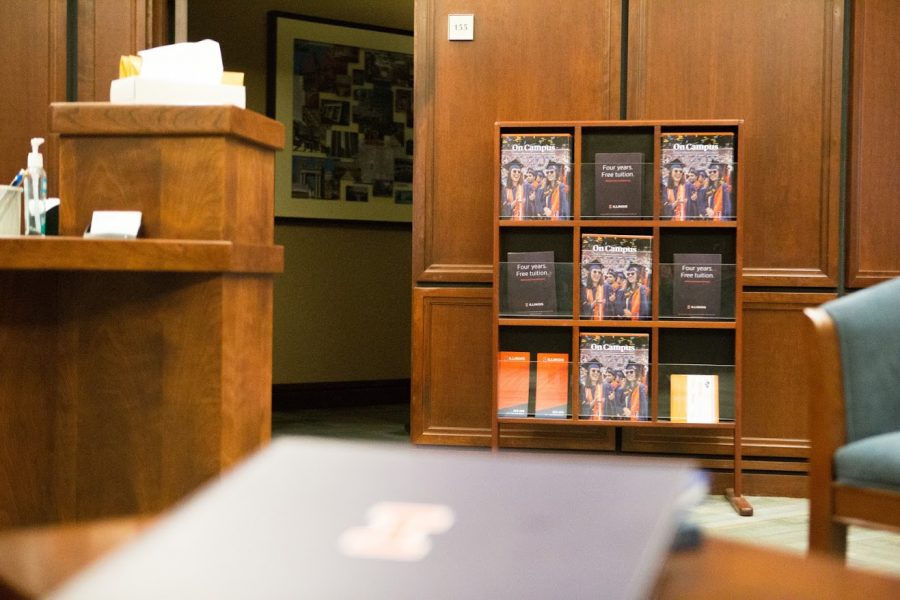 The University admissions staff has taken notice of wealthy families from five counties around Illinois having their children gain financial independence upon entering college to obtain greater need-based awards to attend the University at a lower cost. ProPublica Illinois reported many of these schemes may be taking place around the country.

Families from the Chicagoland area have been taking advantage of a loophole to receive need-based scholarships and financial aid, ProPublica Illinois and The Wall Street Journal each reported Monday.

Andrew Borst, director of undergraduate admissions, said the University began investigating this case because a guidance counselor from a “fairly wealthy” area asked him about a student’s invitation to a program for low-income students.

Afterward, the University began seeing multiple admissions patterns in which wealthy parents of students would give up legal guardianship of their child to a friend or other relative. Then, these students file for financial independence, claiming that they are no longer supported by their families. This allows the student to become eligible for financial aid which wouldn’t have been offered to them otherwise.

The first of these practices was uncovered by ProPublica Illinois in Lake County, but similar scenarios have occurred in at least five other counties in Illinois. It is possible these tactics are being used across the nation.

The University has uncovered that three students who recently completed their first year utilized this scheme, as well as 11 others who applied for enrollment for the fall 2019 semester.

Those three students were told their financial aid would be reduced halfway through the most recent school year, and none of them complained, which Borst said is cause for alarm. He said if those students had truly needed the aid, they would have approached the University.

Other universities which students who have taken advantage of this loophole attend or have been accepted into include the University of Wisconsin and the University of Missouri, as well as Indiana University, ProPublica Illinois reported.