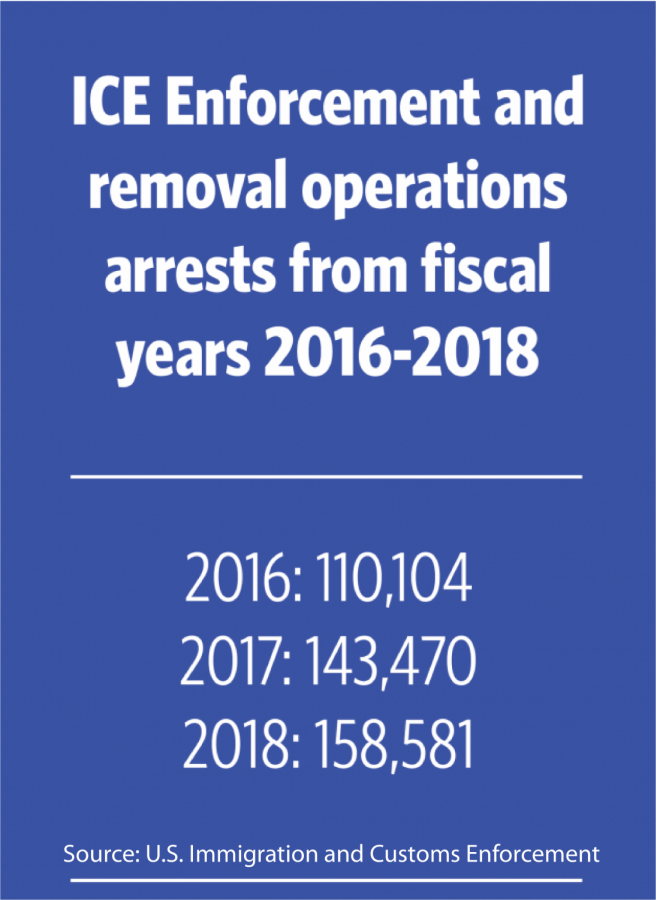 The University’s Department of Gender and Women’s Studies recently re-posted a report informing individuals about strategies carried out by the U.S. Immigration and Customs Enforcement to deport immigrants. The information also provides guidance on how individuals can prepare for ICE raids.

The post, which is no longer available on the Gender and Women’s Studies Facebook page, included the link to the Immigration Defense Project’s ICE Raids Toolkit. The IDP is an organization that works to educate immigrants of their rights.

The toolkit contains reports about ICE arrests, ICE targets for deportation, arrest locations, as well as other documents that pertain to the subject. It was created to assist immigrants in avoiding deportation. The information is provided from the administration of both the current and previous presidents.

Hubbard, senior in Media, said topics about influential women, sexual health, sexual violence, gender-based discrimination, violence toward women, as well as discrimination toward women, specifically toward women in foreign countries, would be more suitable topics for the department to post about.

Along with immigration, the GWS Facebook page features content about a number of societal matters, including article links to topics from abortion rights to police brutality.

In an email statement provided by Siobhan Somerville, chairwoman of the GWS, she said the department uses its platform to bring attention to current conversations about matters in the field, these being feminism, public policies and social activism. In addition, GWS opens conversations in areas of cultural and political debate that include gender, race, sexuality, disability, ethnicity, religion and other “vectors of power.”

“We often re-post material generated by other organizations and individuals as a way to raise awareness,” Somerville said.

The ICE Raids Toolkit, created by both the IDP and the Center for Constitutional Rights, a nonprofit legal advocacy organization, was shared in July amid the deportations being carried out under the Trump Administration.

“The attack on immigrants are the result of an ongoing cycle of expulsion, exclusion and criminalization of those deemed ‘unworthy’ of belonging,” the IDP said in a statement via email.

According to a report within the toolkit, President Trump ordered ICE agents to broaden the prospect for immigrants who were targeted for ICE arrests on Jan. 25, 2017, at the beginning of his presidency.

Trump also re-identified who can be classified as a criminal, stating individuals who have been convicted, charged or have committed acts that constitute a chargeable criminal offense can be detained.

“We encourage readers of our social media sites to use their powers of critical thinking when engaging with material posted and reposted on our own site (and anywhere online) and to come to their own conclusions,” Somerville said.

The Illini Democrats and the Center for Constitutional Rights were not able to comment in time for publication.