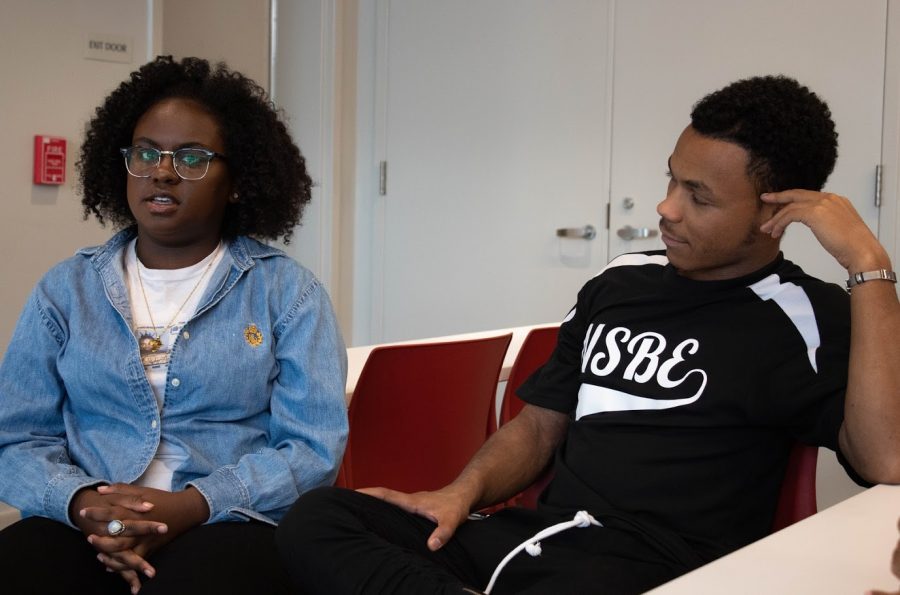 The University is working to improve campus diversity after a report for the 2018-19 academic year showed a decrease in the number of African American students enrolled last fall.

The report showed 475 African American students enrolled in the University last fall, compared to the 500 students in 2017 and 548 students in 2016. The class report for 2019 was released on Thursday.

Based on various surveys given to students who declined their admissions offer, it’s common for cost to be listed as the primary reason for choosing to attend a different university, said Kevin Pitts, vice provost for undergraduate education.

According to the 2018 decline survey data provided by Daniel Mann, associate provost for enrollment management, said in an email 32% of underrepresented minority students chose “extremely” as a response to whether cost influenced their decision not to attend the university, with only 14% responding “not at all.”

Haki Shabazz Materre, senior in AHS, said while he thinks tuition is a influential component in a prospective student’s decision, other factors like mental health and structural racism play a role as well.

Materre said events like the swastika vandalism in 2016 and a recent incident involving a noose left in Allen Hall caused him to reconsider his safety on the University’s campus.

Kayla Stewart, sophomore in LAS, said along with tuition, recruiting is another factor to consider when looking into the decreased enrollment rate of African American students.

“In terms of recruiting, it’s as if U of I isn’t an option for black students in inner cities or in-state,” she said.

Stewart, who is from Chicago, said while a lot of her friends were considering in-state schools to apply to, they didn’t apply to the University.

“It’s like they don’t reach out to us in ways that they should,” she said. “So it’s always like we’re not welcome, it’s not accessible to us and along with cost, I think the topic of retention also needs to be addressed.”

In hopes of increasing not only diversity, but also support for students from all backgrounds, the University designed the Illinois Commitment program brought into action this fall, Pitts said.

“We absolutely believe that this will help with racial diversity, but also it’s socio-economic diversity,” Pitts said. “There are some downstate counties where the median family income is in the $30,000 range, so we hope that this will provide access to the University of Illinois to students from across the state who previously either fell toward or understood that it was too expensive.”

Pitts said location is also a deciding factor commonly listed on survey results for prospective students, although the University doesn’t “know quite what that means.”

“It could mean, ‘I didn’t want to live in Urbana-Champaign,’ it also could mean that it was ‘less expensive for me to live at home and attend a different school,’ for example. So in the decline survey for students who declined admission in fall of 2019, we tried to ask more information about the role that location plays because we know it plays a role but we don’t know in what ways.”

Pitts said the University is certainly aware of last year’s decreased enrollment count of African American students, and they’re working hard to try and improve in that category, but also in all categories.

“Wvaae’re very committed to providing opportunity and access for students and we want to improve racial and ethnic diversity,” Pitts said.