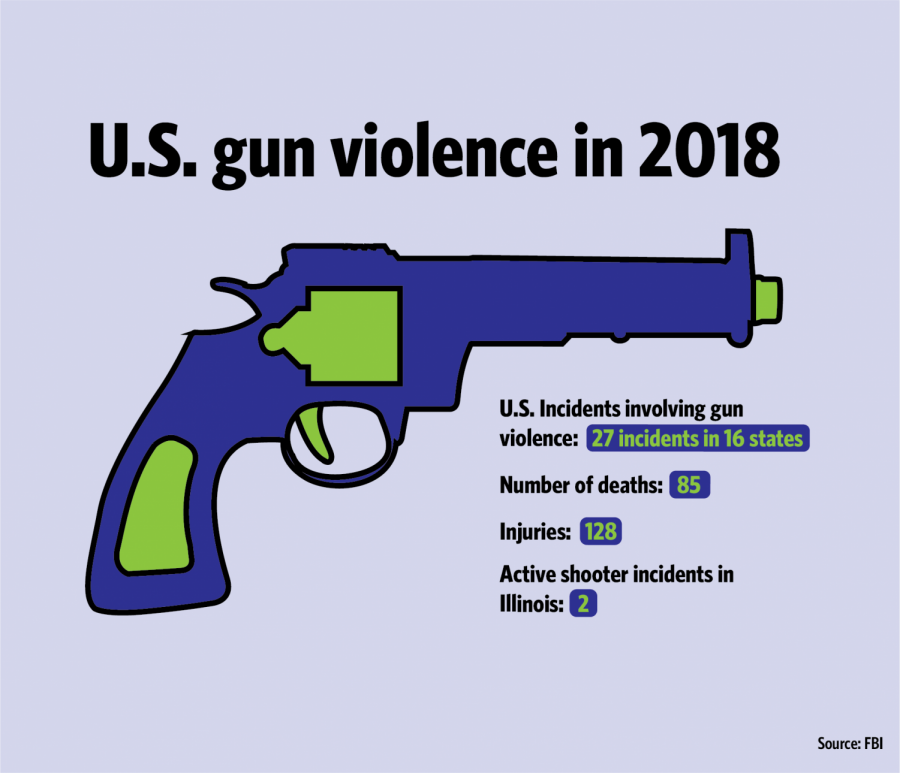 Walmart recently announced the company will completely end the sale of handguns, while also halting the sale of various ammunition, including in Champaign.

Specifically, Walmart will discontinue sales of short-barrel rifle ammunition, such as the .223 caliber and 5.56 caliber; handgun ammunition and handgun sales in Alaska — the last Walmart to sell handguns, according to Doug McMillon, CEO of Walmart, in a memo.

This type of ammunition is commonly used in some hunting rifles but can be used in large capacity clips on military-style weapons.

“The assortment of ammunition we continue to carry will be focused on the needs of hunting and sport shooting enthusiasts,” said Delia Garcia, senior communications director for Walmart.

Garcia explained Walmart cannot predict when this policy change will take effect, as the store must first sell through its current ammunition and handgun inventory.

“The bottom line is that we are motivated to do what is best for our customers, our associates and our communities,” Garcia said.

Walmart believes these changes will reduce their market share of ammunition from around 20% to a range of approximately 6-9%, according to McMillon.

“As a company, we experienced two horrific events in one week, and we will never be the same,” McMillon said. Referring to two recent shootings in Walmarts in El Paso, Texas, and South Haven, Mississippi, resulting in 24 lives lost.

In 2019, the United States has experienced 39,243 gun-related incidents, 295 of those incidents being mass shootings.

Because Walmart cannot prevent an individual from carrying a gun into stores in particular states by law, the company is “respectfully requesting that customers no longer openly carry firearms into our stores or Sam’s Clubs in states where ‘open carry’ is permitted.”

Champaign has no provision or “open carry” laws in place, so the store will have no discrepancy over this matter.

Champaign police said in an email it is difficult to determine what the impact will be, so the department has no comment on this matter at this time.

McMillon wrote letters to the White House and Congressional leadership calling on them to act on gun control policy and offering the incidents at Walmarts nationwide to serve as a resource in the national debate on responsible gun sales, according to the memo.

“We encourage our nation’s leaders to move forward and strengthen background checks and to remove weapons from those who have been determined to pose an imminent danger,” McMillon said.

At this point in Washington, a House committee will be taking up legislation on greater gun control.  President Trump has called for action but has not made clear what policy changes should occur.

“I’m a gun owner myself,” McMillon said. “We understand that heritage, our deeply rooted place in America and our influence as the world’s largest retailer, and we understand the responsibility that comes with it.”

Editor’s note: A previous version of this article stated that Garcia is unsure when the policy will take effect. The Daily Illini regrets this error.