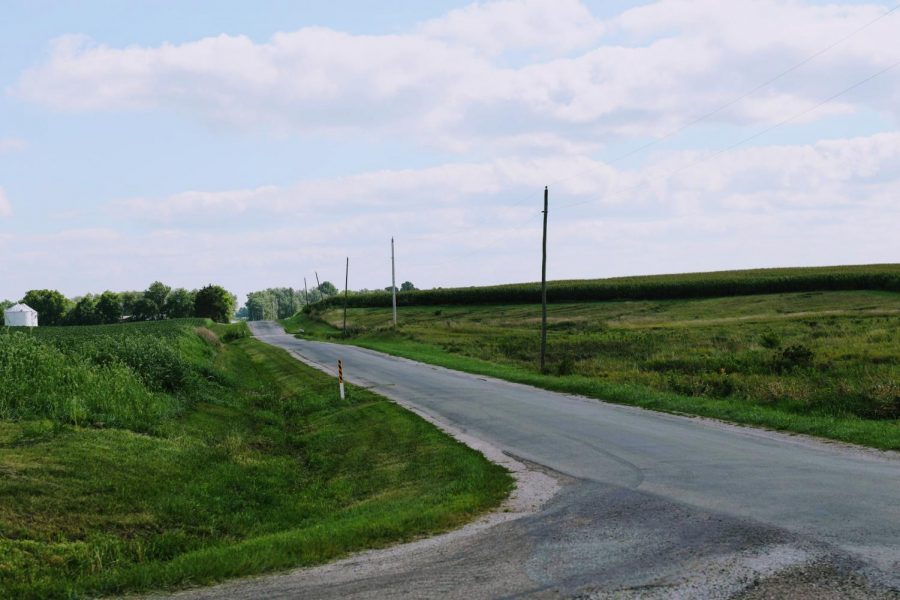 The corner of County Road 450 E and E 1550 North Road photographed on Sept. 6. The University of Illinois is expanding its recruitment efforts in an attempt to recruit more students from rural parts of Illinois.

The University is shifting its recruitment efforts in order to recruit more students from rural parts of Illinois.

This comes in response to other colleges that are increasing their efforts to recruit more people from rural parts of Illinois, whether it be from the northwest or downstate.

The University is doing this in a couple different ways such as making more counselors available and offering free tuition for anyone with a family income below $61,000.

Andrew Borst, director of undergraduate admissions, said the University recently hired more recruitment counselors to specialize in specific markets, such as California, Texas, New Jersey and Georgia. Before that, the school had less recruitment counselors, so each counselor had to recruit from multiple places. Now, the counselors can focus on their respective locations.

Because these new counselors stay within their selected markets, other counselors had more time to visit high schools in Illinois.

“We would like to see all the counties in Illinois represented,” Borst said.

The counselors go to high schools and talk to students about the University using several new tools, such as the program explorer and profile by major. The recruiters also discuss average salaries for different degrees, typical employers, time it takes to get a degree and the graduation rate.

Borst added that the University is not focusing on just rural Illinois, but all of Illinois.

“(The University’s) mission is to serve the state of Illinois,” Borst said. “We’re doing well in some markets, but the greatest potential is downstate Illinois.”

Hannah Duffy, sophomore in Business, said she remembers when she was a senior at Illini West High School in Carthage, Illinois. Duffy said she considers Carthage to be the definition of rural Illinois.

“We have one stoplight,” Duffy said. “Everybody knows everybody.”

“Financial reasons were why people didn’t come,” Duffy said. “Parents didn’t have college funds, so going to a university was never an option.”

She said the University should have done more to recruit rural students then, but is glad they are taking an initiative now. She thinks they can still do better, however.

“People think it’s small because of the cornfields,” Duffy said. “But I used to have to drive out to Walmart. My definition of a city is if it has its own Walmart.”