Construction on Wright Street headed to west side 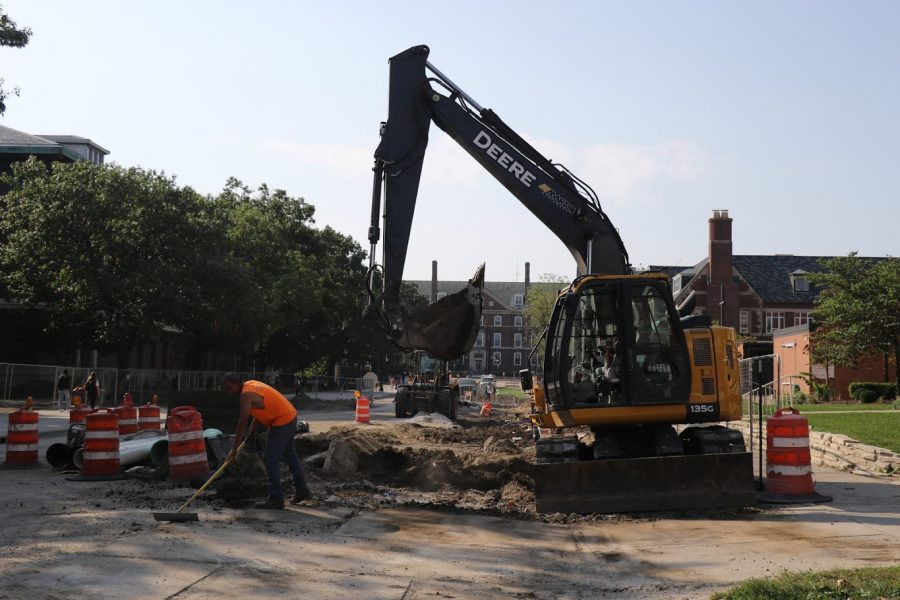 A construction site and vehicle on Wright Street on Saturday morning.

The construction on Wright street will move from the east half of the corridor to the west on Monday, according to a City of Champaign press release.

Because of the switch from the east to the west side, a few changes in traffic patterns will result.

First, John, Daniel and Chalmers street will be closed at Wright Street to vehicular traffic. New parking restrictions on these streets will also be set to allow access to buildings that fall between Sixth and Wright streets.

Additionally, Wright Street will be a one-way street for the time being; the traffic will be driving over the new Wright Street pavement.

Lastly, the pedestrian access across Wright Street at Chalmers, Daniel and John streets will be maintained.

This construction is part of the Multimodal Corridor Enhancement Project, which is one of the largest construction seasons in Champaign-Urbana in decades.