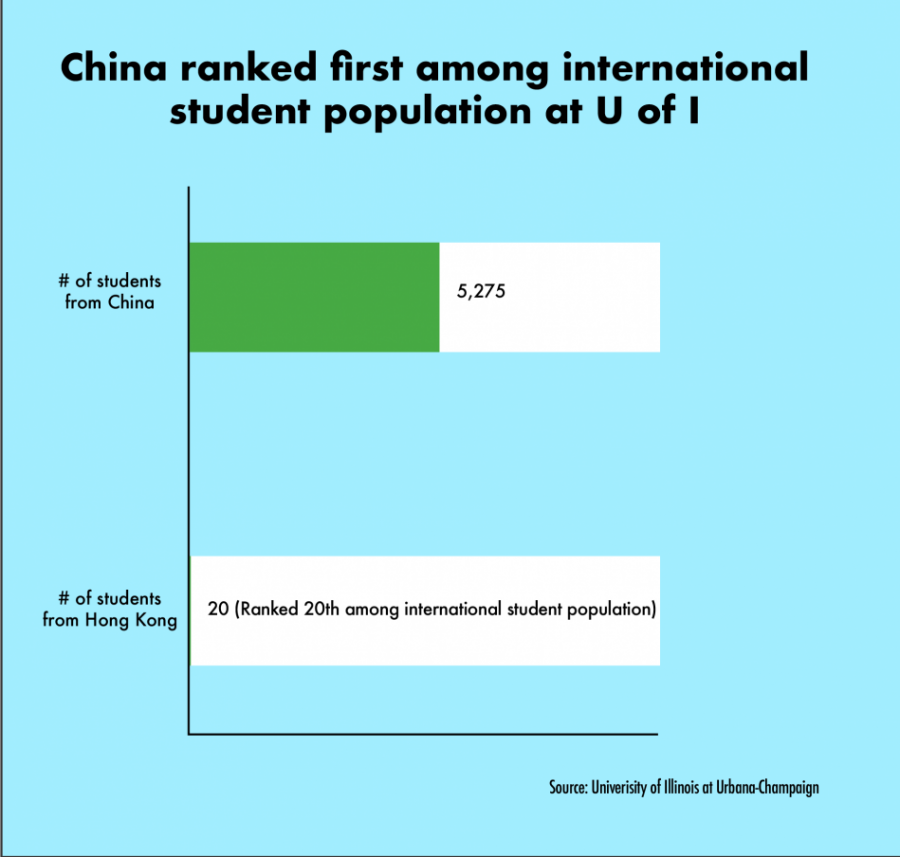 On Sep. 12, the University chapter of the Chinese Student Scholars Association denounced the Hong Kong protests on their Facebook page, making a rare entry into political conversation.

In a previous publication, CSSA stated they had “no relationship with politics” and “completely focus on providing a better living and studying environment for students, especially Chinese students, on campus.”

In the post, CSSA called for the Champaign-Urbana Chinese community to focus on their education and “stand firmly” in favor of the “One Country, Two Systems” slogan that has guided Hong Kong and China’s relationship for over two decades.

The post also referred to Hong Kong protesters as “radical factions” and “rioters,” who intend to “sabotage Hong Kong’s rule of law and threaten the bottom line of ‘One Country Two Systems.’”

“With continuous strikes, audacious destruction of Hong Kong’s cityscape and social order including the airport and the (Mass Transit Railway), Hong Kong’s original prosperity and stability is now replaced by conflicts and violence,” CSSA said in the post. “The majesty of the motherland cannot be challenged, and the Chinese are indivisible.”

“Law enforcement is protecting general citizens and streets from violence, arson and vandalism that are caused by so-called ‘peaceful protesters’ who are genuinely mobs,” commented Jingnu Xia in response to pro-Hong Kong commenters. “Don’t try to justify an illegal act using so-called ‘freedom’. Most of the idiots even don’t know how to write ‘freedom’ properly.”

Boyuan Zhang responded to commenters with the story of a protester allegedly biting a policeman’s finger off.

“This is what you called a peaceful protesting. Those violent actions can be found easily on the internet, why won’t you mention this,” Zhang commented.

Evan Lee, from Springfield, Illinois, plans to attend the University next year. Lee discovered the post on Reddit and decided to investigate further.

“Imagine living and studying in a country that gives you human rights that your home country doesn’t, and then denouncing support for people who want to have those same human rights,” Lee commented.

“I just know that the fact that (Chinese students) came to America to study and live here, it’s kind of ironic that they took that opportunity, but then when people are pushing for more independence in China that they don’t show support for it,” Lee said.