Chick-fil-A to return to CU area 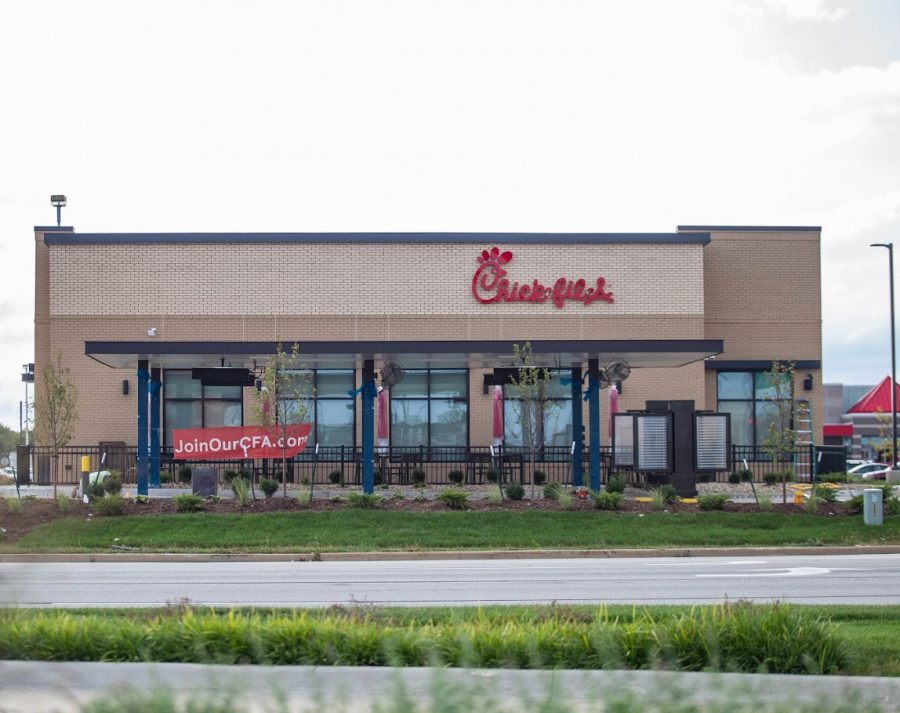 The new Chick-fil-A is located on Prospect Avenue. The grand opening for the new location has been announced for Oct. 10.

The grand opening for the Chick-fil-A right off campus has been announced for Oct. 10. The franchise, with the new Champaign restaurant located on North Prospect Avenue in Champaign, has not been in the area since it was evicted from the Illini Union in 2013 after a petition was made supporting its removal.

The petition was created in response to the “homophobic policies” the organization was supporting. However, according to an article from the News-Gazette, representatives from the Union said it was a business decision based on student preference, not because of the controversy with Chick-fil-A.

Although the new location will be a 15-minute drive from campus, students are excited for the grand opening.

“I now live within five minutes of a Chick-fil-A in Bloomington, and I think (students) will absolutely go off campus for the food,” said Lauren Kaiser, recent University graduate in AHS and current graduate student at Illinois State University.

To celebrate the grand opening, Chick-fil-A will be having an event called the “First 100 Campout,” an event Chick-fil-A hosts at each opening location.

Molly Wilcox, a recent graduate of Taylor University, participated in a First 100 Campout at a Chick-fil-A near Nashville.

Wilcox said she and her husband did not know anyone else participating in the event when they went, but upon arrival, they ran into a couple of people they knew.

“We eat a lot of Chick-fil-A anyway, so when we heard about it, we decided we should try it,” Wilcox said.

Wilcox said she believes Chick-fil-A values community, which is one reason why the restaurant does this event.

After the raffle, the winners are given a numbered bracelet, Wilcox said.

“You wear that bracelet for the night until you get the first 100 card in the morning,” Wilcox said.

The First 100 Campout has official rules that participants can use to plan for the event.

“You can’t go to your car after a certain time, but the CFA is open all night for bathrooms and such,” Wilcox said. “It’s like a $300 value if you win.”

In addition, participants are required to have proof they live in a zip code nearby. The zip codes that qualify are online, Wilcox said.

For University students, any evidence or information that indicates they attend a school in the area qualifies as proof.

“They give you free CFA dinner that night, and milk and cookies. There’s programming, so it’s kind of like going to camp,” Wilcox said.

Wilcox said she and her husband brought an air mattress, as they knew they would be sleeping in the parking lot.

“Then they wake everyone up at, like, 5 a.m. to officially get your key tag for the 52 free meals, and then everyone leaves and the store opens for breakfast,” Wilcox said.

She said she would definitely recommend taking part in the event again.

“It was a very fun experience and everyone was super nice and friendly. They planned games, (which) ended around 11 p.m., but people stayed up talking to other people a lot later than that,” Wilcox said. “We made a couple of new friends, and one of my friends who went now has a CFA group chat with people who she got close to that night.”