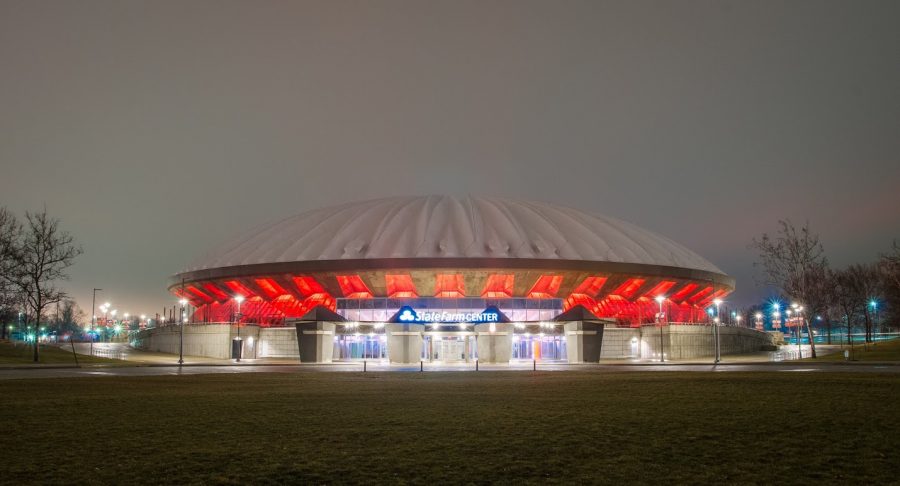 The State Farm Center is pictured on Feb. 25.

In its announcement, the State Farm Center gave no word on why the shows had been canceled.

Samantha Quiroga, junior in Media, said she isn’t a big fan of Alessia Cara but enjoys some of her songs and was considering attending Monday’s concert when she found out the show had been canceled. Quiroga said she was informed of the cancellations through a friend.

“We were waiting to see if we wanted to go since I usually wait until the day of if we’re not huge fans of the artists,” Quiroga said.

Since the University doesn’t offer many chances to see music stars, such a quick and unexplained cancellation will be disappointing for many, Quiroga said.

“It’s really sad,” she said. “Even though I’m not a superfan, I know other people were really looking forward to it and will be really disappointed.”

Quiroga said her main frustration came from the overall lack of communication surrounding the cancellations.

“I feel like they could have done a better job communicating and accommodating us since we’re students, and without us, there wouldn’t be a State Farm Center,” Quiroga said. “It’s inconsiderate of them just to take it off the website without a statement as to why. Even if the cancellation wasn’t on their part, they could still say it and let people know what’s going on and why instead of leaving people wondering.”

On the ticket information section of its website, the center advises those who had purchased tickets for canceled or rescheduled shows to contact the original point of purchase for information on refunds.

A State Farm Center representative was unavailable for comment in time of publication.