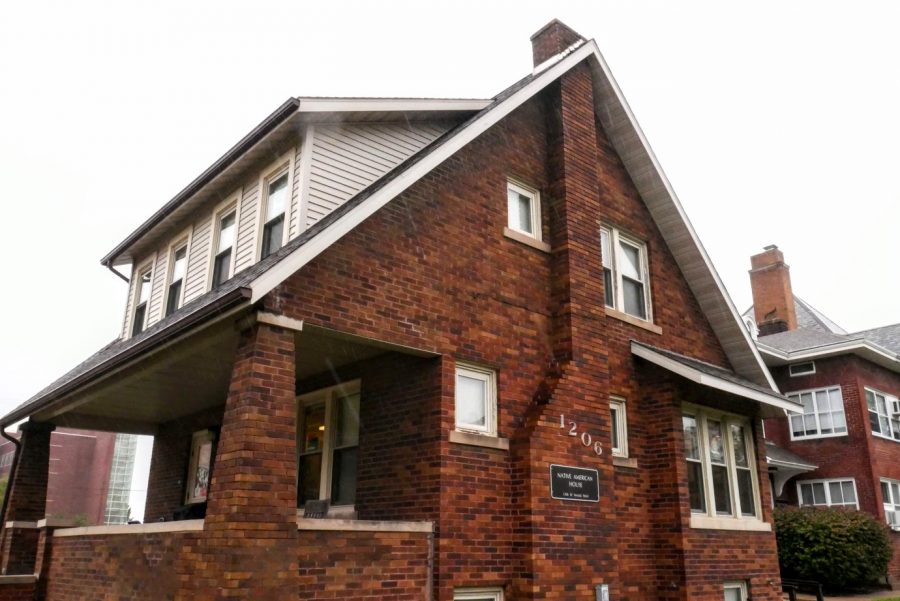 The exterior of the Native American House on Nevada Street is pictured on Friday. Though the U.S. recognizes Columbus Day as a federal holiday, the University does not acknowledge it as a holiday in its academic calendar.

On the second Monday of October each year, the United States recognizes Christopher Columbus in the form of a federal holiday. However, the University does not acknowledge it as a holiday in its academic calendar.

This national holiday contains a current controversial discussion as to why it is recognized.

“All campus designated holidays are determined by Chancellor Jones,” said Meghan Hazen, registrar of the University, in an email.

Like many other European explorers, Columbus came across many indigenous people throughout his exploration of the New World.

According to History.com, there are three main sources of controversy regarding Columbus. He labeled Native Americans as “Indians,” forced conversion to Christianity and carried new diseases that still have long-term effects on Native Americans.

“There is a lot of racism behind the day, because it’s supposed to celebrate who founded America, and it focuses on one white man rather than the native people who found the land,” said Marissa Finley, director of the Illinois Student Government.

Finley said President Connor Josellis and Griffin still need to discuss in order for the resolution to be implemented with the University.

“We want the University to recognize Indigenous Peoples’ Day as a replacement for Columbus Day in the academic calendar,” Finley said.

Shawna Patterson-Stephens, associate vice chancellor for the Office of Inclusion and Intercultural Relations, said the University has not recognized Columbus Day as a holiday.

“There is no change to this philosophy,” Patterson-Stephens said in an email. “The University still does not observe Columbus Day.”

Finely said she always assumed the University’s public status is a reason for the lack of holiday acknowledgment.

However, Patterson-Stephens said she is glad the general attitude toward Native Americans is changing, not only on campus but in different countries across the globe.

“Several cities and states within the United States are choosing to openly explore the role of colonization, racism and displacement in the development of the spaces we currently occupy,” Patterson-Stephens said.

Finley said although not many students may be aware of this recent resolution, she hopes this will take the University in the right direction. Finley hopes the ISG and the Native American House will spread the word of this new resolution.