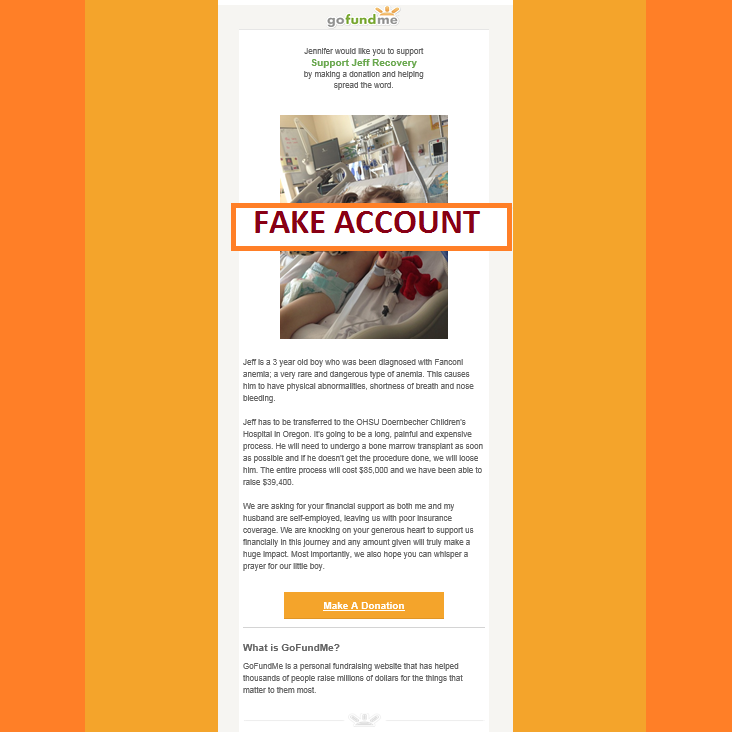 A gofundme fraud email sent by a scam account.

The City of Urbana has warned residents of a fraudulent GoFundMe campaign circulating from a fake email account.

Email recipients are asked to donate to a fake campaign to raise money for a sick infant. The fake GoFundMe account linked in the email leads the recipient to a PayPal account in which scammers can gain access to personal information, like passwords and account numbers.

The fake email includes the City’s logo and its name in the domain.

City administrator Carol Mitten said in a press release the City does not officially sponsor fundraising of any kind for entities not directly affiliated with the City.

The City administration is taking steps such as providing the information to PayPal, so they can take action on the account, said Sanford Hess, IT director for the City of Urbana, in a written statement.

Hess said a resident forwarded the email to the City but doesn’t know who else the email was sent to or if any money was given to the fake account.

If money was sent to the fake account, Hess said it should be handled like any other fraud, and the sender’s first step should be to contact his or her credit card company or bank and explain the situation.

“It is unlikely that the offenders could be identified without substantial effort,” Hess said.

Hess recommends recipients of emails that ask them to take action should use common sense. They should look at the email carefully and contact the entity from its main webpage.