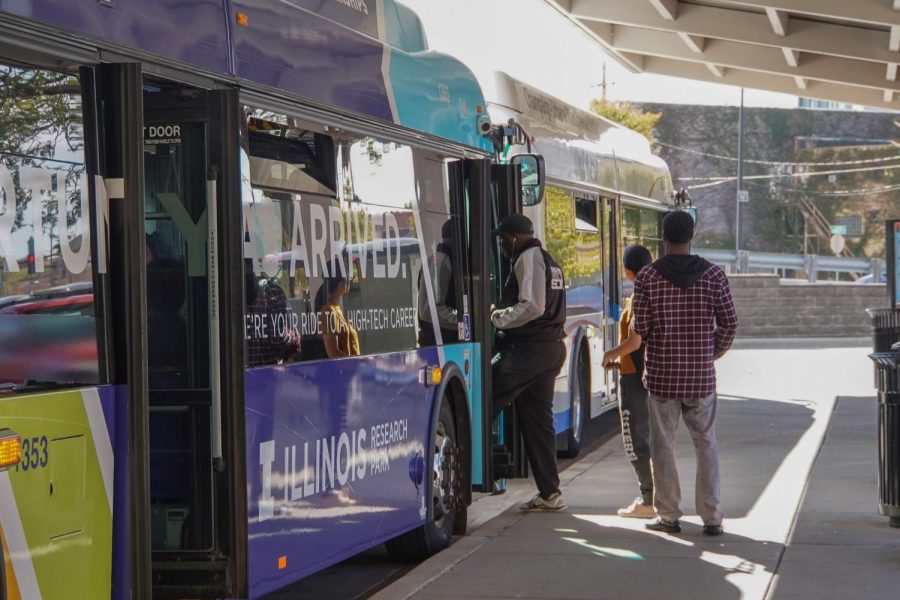 The Champaign-Urbana Mass Transit District is planning on expanding the Illinois Terminal to increase access by providing a more efficient service to connect both students and residents to educational buildings, as well as other necessary locations.

“I think it would be beneficial, not only to residents, but campus,” Fourman said. “There are tons of routes that you guys want to get on that don’t require you to take three transfers.”

The expansion of the Illinois Terminal will include a 5,000 seat arena, about 175 to 200 hotel rooms and an ice arena, according to the MTD proposal.

Autumn Soliman, marketing manager for MTD, said this new proposed project will be beneficial for everyone who rides buses. The new expansion will also give customers a larger Amtrak waiting area and other patron accommodations.

“Illinois Terminal serves as the largest transfer point in MTD’s system, so improvements made in the expansion would ripple throughout all of our services, enhancing the MTD experience for all passengers through greater efficiency,” Soliman said in an email.

According to Soliman, the expansion will increase platform space to accommodate 23 buses at a time, which will reduce congestion on the terminal’s platforms, increase on-time performance, reduce wait times and help riders accomplish transfers with greater ease and frequency.

In a Rider Preference Survey MTD conducted earlier this year, Soliman said results indicated 50.4% of riders prefer a trip with a transfer if it means they can get to their destination sooner. Less than 10% of riders surveyed said they needed to take a transfer every time they ride.

William Kyles, city council member at-large, said although MTD is in charge of changing its bus routes, he believes there should be more ways to serve under-represented populations.

“There are lighter schedules during holiday seasons, and there are a lot of people that work during the holidays,” Kyles said.

As city council member at-large, Kyles does not overlook a specific district; instead, he assists other members within the council, no matter the district.

Mariana Castillo, junior in ACES, said she believes this new expansion could potentially help the student body have access to quick and easy transportation. However, it can come with a cost.

“There are two sides to it. The traffic is already bad as it is, but in general, it could be helpful,” Castillo said. “It’s an hour out of my way to take a bus off-campus. Having a bus that takes you straight to your destination and without transfers would be helpful.”