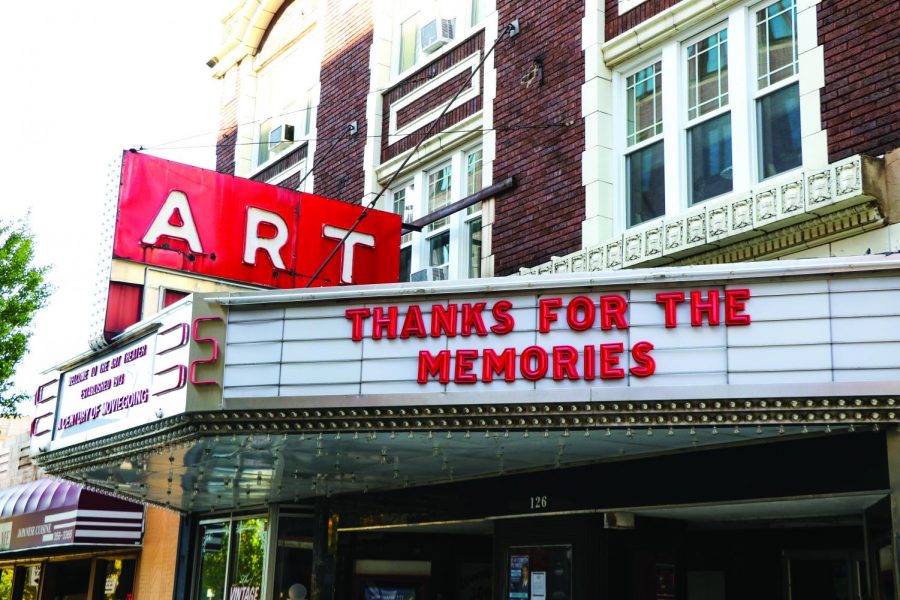 The Art Theater is located in Champaign and officially closed its doors Nov. 1. The Art Film Foundation filed for bankruptcy on Tuesday.

The Art Film Foundation announced it will stop showing films and cease operations at the Art Theater on Halloween.

The Champaign-based company publicly announced its closing Friday with a sign that read “Thanks for the memories” on the theater’s marquee.

In a press release regarding the closure, the Art Film Foundation wrote it appreciates all the memories it has made with members, volunteers and attendees. It also thanked the audience for stepping up and contributing to the theater to keep it open in the past.

“When we hit rough patches in the past, you stepped up and helped us with emergency fundraising,” AFF wrote. “Emergency funds help with discrete, one-time needs, and the Art Theater has remained in operation because of your passionate support and the tireless work of our wonderful staff.”

According to the press release, the film industry is changing, and the theater has faced systemic challenges that show no signs of abating.

“While the Art Film Foundation and the Art Theater have come to an end, we truly believe that this incredible community of cinema-lovers in the local area will carry on,” AFF wrote.