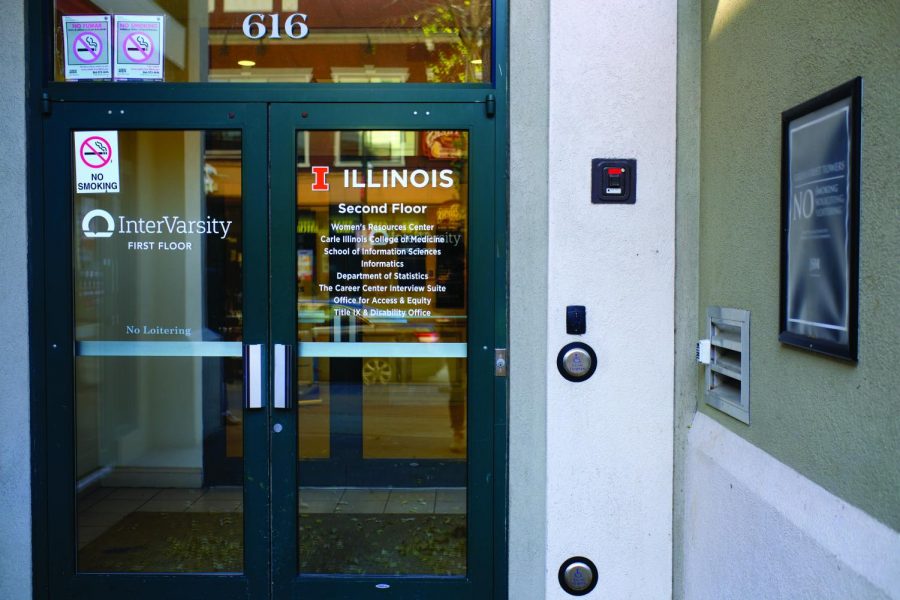 The exterior of the Office of Inclusion & Intercultural Relations on Sunday afternoon.

UI System officials and NPR Illinois are clashing against a policy saying that NPR Illinois cannot keep its sources anonymous due to the University’s Title IX policy.

This comes after the Springfield NPR station partnered with ProPublica on a story about the University allegedly protecting professors accused of sexual harassment.

T. Christian Miller, senior investigative reporter for ProPublica, wrote a Twitter thread on Oct. 10 saying the University’s Title IX officer contacted the reporters of the story and mandated that they hand over the information of the anonymous sources due to the Title IX requirements.

NPR Illinois had originally requested on Sept. 16 for an appeal to the Title IX requirements, but it was denied.

University officials went on to tell one of the reporters that because they were employees of the University, they were supposed to disclose any information regarding sexual misconduct allegations and should not promise anonymity to sources.

In response to the issue, NPR Illinois released an open letter for UI System President Tim Killeen and University of Illinois at Springfield Chancellor Susan Koch to reconsider the decision. ProPublica also handles sources related to the University. NPR will continue to deal with outside sources as well as sources who have already filed a complaint to the University’s Title IX office.

Thomas Hardy, executive director of University relations for the UI System, wrote an email to Current.org saying that there are no plans to change the Title IX policy.

In in effort to voice their concerns and request reconsideration, NPR Illinois will be taking up the issue with University trustees in November.

Editor’s note: A previous version of this article speculated that NPR Illinois would have to take legal action against University officials; however, NPR Illinois is consulting experts and researching other options. The Daily Illini regrets this error.