The Art Theater closes despite $25,000 donation 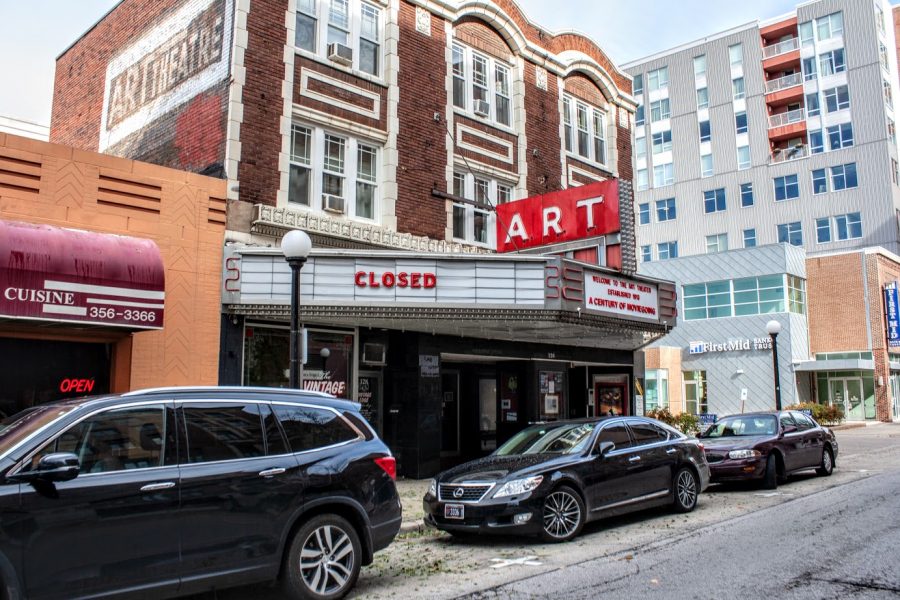 On Oct. 25, the marquee outside of The Art Theater read, “THANK YOU CHAMPAIGN URBANA,” as it announced the theater would close after a final night of showings on Halloween.

The theater had financial issues in the past, only keeping its doors open due to the support from the community that donated large sums of money.

This past spring, the Art Film Foundation set up an online fundraising page on which it requested $25,000 to remain open. After having raised more than the foundation’s goal, the theater proceeded to shut down.

“There are a lot of people upset right now,” said David Kraft, owner of the building. “They gave $25,000 a couple of months ago, and everyone’s asking, ‘Where did the money go?’”

Kraft said multiple news organizations have attempted to contact the foundation, which is refusing to respond to questions about the money.

The executive director of the theater, Porshé Garner,  sent the following statement in an email to The Daily Illini:

“We are devastated by the closing and (are) extremely grateful to our community, both for their support over the years and for sharing their responses to the sad news so visibly and audibly across so many digital and analog platforms. We will not be releasing any further statements beyond the previously released public statement.”

Last week, Kraft said he noticed the liquor license for the theater was set to end on the day of Halloween, and the Art Film Foundation may not have been able to pay it.

The theater owes Kraft $4,952.24 for rent. If the amount is not paid by Tuesday, the lease of the premises will be terminated, and the foundation will be expected to vacate the area. Kraft gave the foundation a 10-day notice demanding it pay the required amount.

Although foundation’s chapter is over, contrary to many reports online, the theater will not necessarily be closing its doors for good, and it is possible someone new may take on the responsibility.

Athena Tang, freshman in FAA, was a customer of the theater. She was surprised to hear of the theater’s closing, saying it seemed to be very organized and well put together with reasonable prices.

“The Art Theater brought the community closer together because it was probably one of the few theaters I have been to where they showed less popular, artsy movies that everyone loves,” Tang said.

Kraft said the absence of the theater will create a void in downtown Champaign.

The incident put the theater in a difficult position for its possible reopening in the future, as many of its previous supporters may be hesitant after feeling they were “ripped off” by the foundation, Kraft said.

“It won’t be the next person’s fault,” Kraft said. “And I hope that people can look past and realize this is someone new who really cares. They’re not going to ask you for 25 grand and then slip away in the dark of the night.”