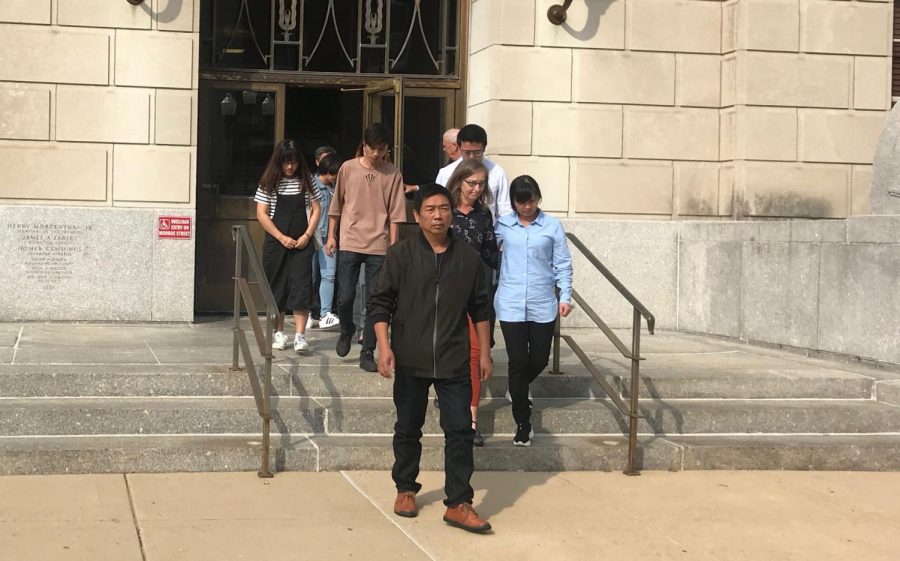 Yingying Zhang's family walks out of the courtroom July 8. Walking in the front is Yingying's father, Ronggao. Her brother, Xinyang Zhang and mother, Lifeng Ye follow with boyfriend, Xiaolin Hou.

In June 2017 visiting scholar Yingying Zhang was last seen getting into the car of Brendt Christensen, a teaching assistant and doctoral candidate. ABC News’ “20/20” will unravel the mysterious death of Zhang on Nov. 15 from 9-11 p.m. E.T. The report features how Christensen’s girlfriend worked undercover with the FBI to secretly record conversations that revealed how she was murdered.

The segment showcases Bob Woodruff, an ABC News correspondent, who travels to Zhang’s home in Nanping, China, to interview her parents, Ronggao Zhang and Lifeng Ye, and to Beijing, China, to speak with her fiancé, Xiaolin Hou.

Her family and friends “open up about how they first found out she disappeared; her father and fiancé’s trip to Illinois to search for her shortly after she vanished; and life now, trying to come to terms with their new reality and questioning whether the tragedy could have been prevented,” the press release said.