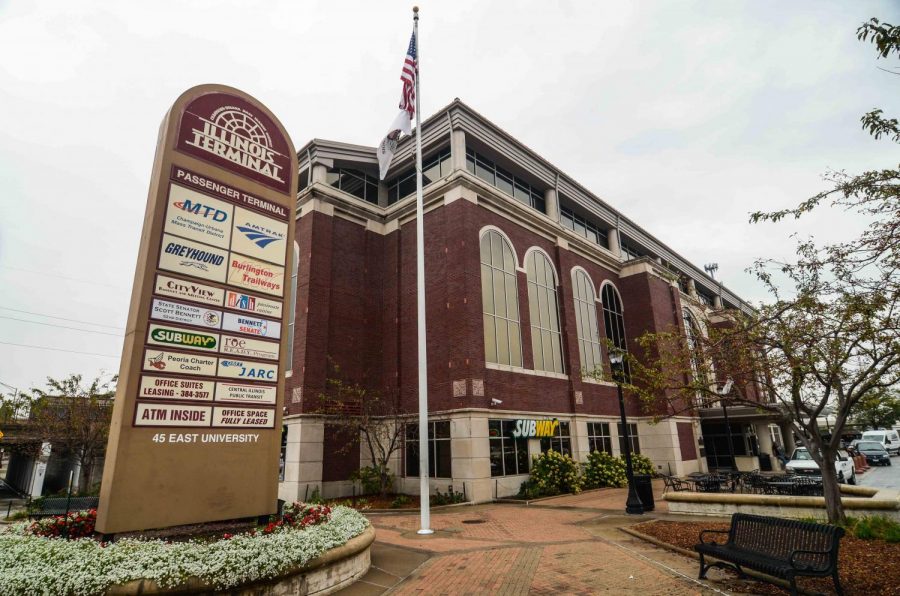 The Illinois Terminal, located on 45 E. University Ave. provides Amtrak and bus services for patrons to travel to another city or state.

U.S. Representative Rodney Davis announced Wednesday that the Champaign-Urbana Mass Transit District has been awarded more than $17 million in grant money from the U.S. Department of Transportation’s Buses and Bus Facilities Grant Program for the Illinois Terminal Expansion Project.

The $25 million Expansion Project is just one part of a $250 million project in downtown Champaign called “The Yards,” which will include a 175-room hotel, convention space and a possible hockey arena for a Division I Illinois hockey team, according to The News-Gazette.

In a press release, Davis praised the award and the benefits the partnership with developer Core Spaces will bring to downtown Champaign.

“Investing in our public transit systems means investing in jobs and economic growth,” Davis said. “I’m proud to see Champaign-Urbana receive this highly competitive grant, which allows them to expand the Illinois Terminal through an innovative public-private partnership.”

In a statement to the News-Gazette, MTD Managing Director Karl Gnadt expressed gratitude to Rep. Davis, a member of the House Transportation and Infrastructure Committee, and his efforts, which included a letter and appropriations in support of the project, as well as Illinois Sens. Dick Durbin and Tammy Duckworth, who he said were also “very supportive.”

MTD leaders plan to use the funds to expand and renovate Illinois Terminal and its bus platforms, build a parking garage and contribute to the office and retail components of “The Yards” project.

Gnadt acknowledged “there’s still a lot of work to be done,” including an environmental assessment and the development of a detailed budget for the project. While the beginning and end dates for the construction have yet to be established, the project leaders are “planning to move ahead as quickly as possible.”