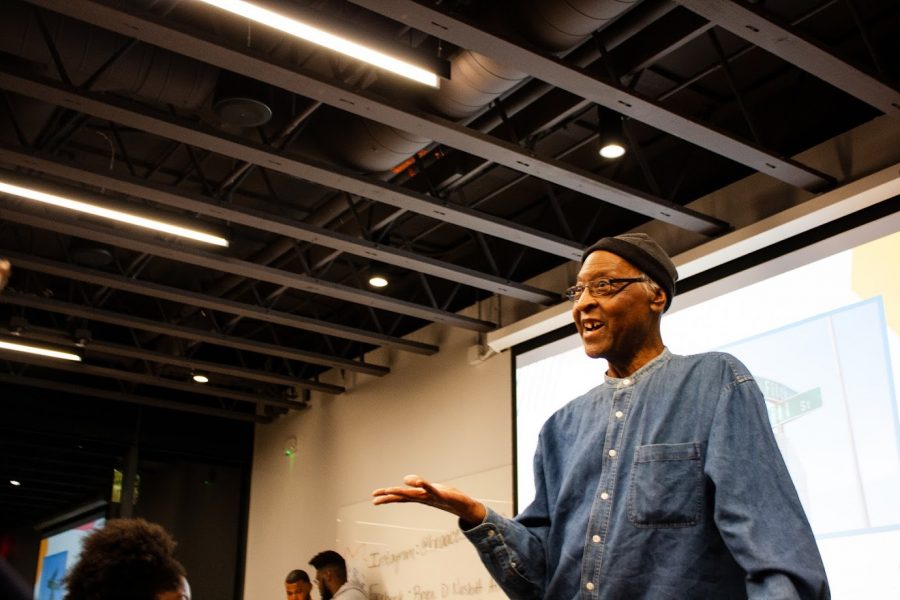 JB, a member of the Fifth & Hill community, talks about his experience living in the area on Dec. 2 at the Bruce D. Nesbitt African American Cultural Center.

Black Students for Revolution and Students for Environmental Concerns have created a GoFundMe campaign to buy indoor vapor testing kits for the Fifth and Hill community, an effort which one City of Champaign worker thinks should “follow all cautions and considerations.”

Eleanor Blackmon, assistant city engineer for the City of Champaign, said it “probably doesn’t hurt anything” to utilize testing kits; however, people should be “very careful” to follow all cautions and considerations of the testing because there can be vapors from many types of chemicals present in the home.

While it is unclear what types of kits were provided and how sensitive the kits are to aerosols, cleaning supplies and others of similar nature, if kits are highly sensitive, they will pick up on items present in the home other than what they are trying to find. The kits were designed to seek out whether soil vapor contamination from the outdoors is getting into the homes, Blackmon said.

The second consideration is identifying outside influencers impacting homes. She said homes can get different contaminations from many types of contamination, not just Ameren coal gas.

“I don’t think it hurts if it will alleviate people’s concerns to do the testing, but they need to be very careful (that they) do it in a responsible and accurate manner,” Blackmon said.

Blackmon said she thinks it would be “more responsible” to consider all potential sources with contamination in the modern lifestyle and address whether any are present in a neighborhood or community.

Blackmon said it’s a good thing to worry about a neighborhood but not to the extent that it’s unreasonable or you’re scared to do anything because of the contamination, considering “our whole modern life has exposure to many chemicals during the day.” This includes exposure to everyday products such as oven cleaner, spray paint, hair dye, nail polish remover and gasoline vapors exposed when fueling cars.