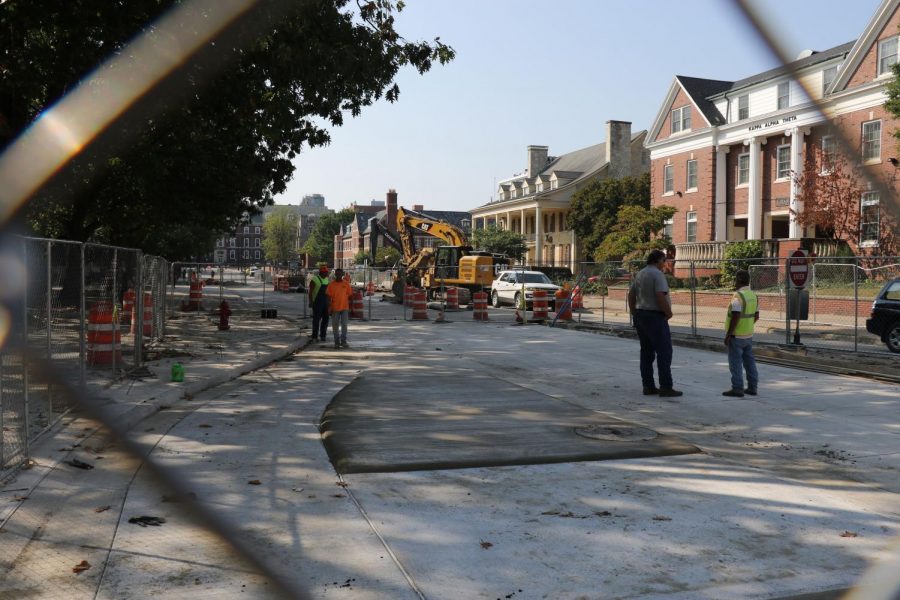 Workers look over construction near the corner of Wright and John streets on Sept. 20.

As the University saw a record largest incoming class of 2019, the campus community is expanding with continued construction, building new roads and complex high-rises.

Following concentrated fall semester construction, the Multimodal Corridor Enhancement’s fourth phase is on its way to clearing Wright and moving to Green Street by January 2020.

If construction abides by its original schedule, the fourth phase should see an end December 2020. The last project five, working on Green Street from Race Street to Busey Avenue, is in line to see changes starting March 2020.

With the rise in student count, Champaign-Urbana is seeing additional increased construction in apartment complexes and high-rises.

After the close of campus’s beloved bars, The Clybourne and Firehaus, rapid building for a new 17-floor apartment complex, The Dean, has scheduled its opening for August 2020. The Dean, located on the corner of Sixth and Green streets, has confirmed a Target location will accommodate its first two floors.

While specifics of the location have not yet been revealed, the 600 block area is expected to see a new apartment, retail and office complex. The block is currently under construction, knocking down the last few walls of KAM’s.

The beloved bar is moving to a new and larger location on First and Green streets with hopes to reopen New Year’s Eve.