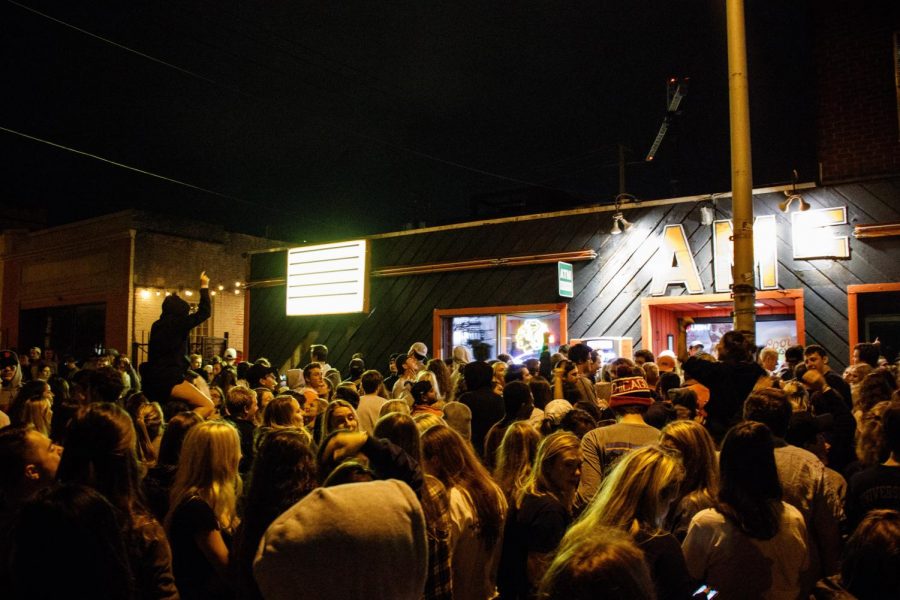 Patrons of KAM’s gather outside the historic bar during its final hours on Oct. 20. The last call at KAM’s was one of the top five moments of the semester, as selected by The Daily Illini staff.

In no particular order, here are the top five moments of the semester.

Throughout the fall semester, several businesses opened and closed. KAM’s had its last call on Oct. 20 and plans to reopen at its new location in 2020.  The Art Theater in Champaign closed indefinitely on Oct. 31 after the Art Film Foundation filed for bankruptcy earlier that month.

The Illini became bowl game eligible after their victory over Michigan State earlier in November. Illinois will be traveling to Santa Clara, California, for the game on Dec. 30 to play the California Golden Bears.

After already being suspended from the team earlier this semester, defensive lineman Lere Oladipo was dismissed from the team for a violation of team rules on Nov. 19. Oladipo faces allegations of domestic abuse from University student Hana Inman-Grabow, who claims she has been previously romantically involved with him.

On Aug. 27, ProPublica released a report in partnership with NPR titled “One Campus. Seven Professors Facing Harassment Accusations. Few Consequences.” The report revealed several instances of sexual misconduct allegations and little done to either inform the public of the instances. The report broke down the allegations and the University’s reaction.

All around campus over the course of September and October, swastikas, a noose and racial slurs were found in different areas. On Sept. 1, a noose was found in an Allen Hall elevator. On Oct. 7, a swastika was found graffitied in the Foreign Language Building. Chancellor Robert Jones sent out a Massmail separately addressing both incidents as they happened as well as a presentation from some University Housing staff members. Later in October, another swastika was found, however, no Massmail was released regarding this incident. The University of Illinois Police Department ensured investigation of these incidents, and a combined senate and annual faculty meeting addressed these issues as well.