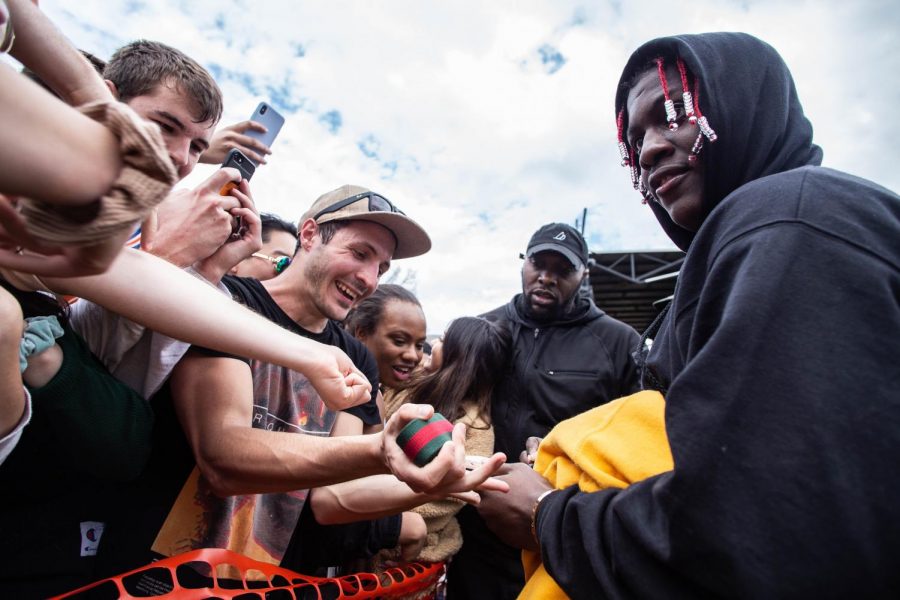 Lil Yachty performs on the Main Quad for Spring Jam on April 28. The performer for this year’s Spring Jam will be announced on March 28.

As the new year and semester begin, the University will hold many events and undergo changes students can mark in their schedules.

The new location of KAM’s is expected to open in the coming weeks at 102 E. Green St. The former establishment closed on Oct. 20, marking the end of its original location since 1975. The reopening of this University landmark is not the only important occurrence this semester, as many other important events begin this spring.

Engineering Open House will run from March 27-28. This annual exhibition provides an opportunity for attendees to see demonstrations and models of some of the developments done by students in the Grainger College of Engineering. Individuals, groups, departments and RSOs can register their projects to present to as many as 20,000 attendees. This year’s EOH is notable, as it is the 100th anniversary of the event.

In addition to demonstrations, there will be tours and competitions during EOH, such as the High School Design Competition, which allows “high schoolers to show off the Rube Goldberg contraptions they have been designing and building,” according to the event’s website.

Also on March 28, the performer for the annual Spring Jam concert will be announced. Current students can vote for artists that they hope to see perform, such as Tyler the Creator or Brockhampton. This year’s list of Spring Jam candidates has been expanded, with more mainstream artists appearing as options alongside more unconventional ones, such as actress and singer Ashley Tisdale. Previous years have featured Post Malone and Lil Jon, and the 2019 Spring Jam featured Lil Yachty.

The concert will take place one month following the reveal, on April 28, and a few weeks before finals.

A couple weeks before Spring Jam, the 22nd annual Ebertfest will take place from April 15-18. This film festival is organized by the College of Media and was founded by Chicago Sun-Times film critic and Illinois alum Roger Ebert. Following Ebert’s death in 2013, the festival is now hosted by his wife, Chaz Ebert.

Ebertfest “celebrates films that haven’t received the recognition they deserved during their original run. The festival gives these films and their filmmakers a well-deserved second look,” said the Ebertfest website.

The festival plans to showcase 12 of these films, alongside the presentation of speakers and panels related to cinema and cinema studies. Ebertfest will be held at the Virginia Theatre, 203 Park Ave. and a portion of the event’s proceeds will go to the upkeep for the theater.

Festival passes cost $150, $510 for a four ticket bundle, or $100 for University students. Individual screenings will cost $16 for general audiences and $13 for seniors and students. The festival has not announced the films for this year yet.