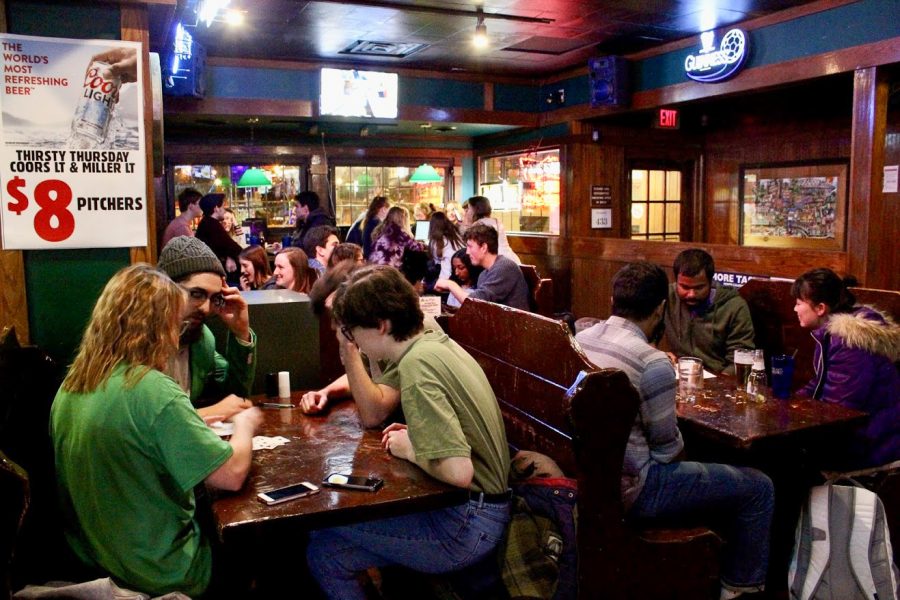 The event, scheduled from 6 p.m. to 8 p.m., is intended to advertise the sustainability of nuclear power to University students and Champaign-Urbana community members alike.

GAMMA, or Generation Atomic Movement Mobilizing Alliance, is an activist group that works with the nonprofit Generation Atomic, a grassroots organization with chapters canvassing nationwide for the proliferation of sustainable nuclear energy.

According to their website, Generation Atomic’s mission is “to save today’s nuclear reactors and lay the groundwork for the reactors of tomorrow.”

Kristian Hopkins, GAMMA’s campaign manager, said he initially entered the movement as a young person concerned about the escalating effects of climate change.

“When I saw there was a campaign that was fighting for 100% clean power in Illinois by 2030, I was instantly on board,” Hopkins said in an email. “I found out the campaign was also trying to save our nuclear power plants from shutting down, which inspired me to learn more about nuclear energy. After doing more research, I came to believe nuclear energy is one of the best tools we have for fighting the climate crisis.”

Hopkins said despite misconceptions and paranoia surrounding nuclear energy use, this source of power has been, and will continue to be, playing a major role in sustainable energy for the state of Illinois.

“[Nuclear] is about 90% of Illinois’ clean power and has been at least that for over 40 years,” Hopkins said. “Like most ‘scary’ things, the more research you do, the less scary it becomes.”

Hopkins explained that nuclear energy has a unique advantage in the easy disposal of waste preventing illness and contamination in nearby communities.

“Every other power source pollutes its environment, whether it’s the chemicals that seep into the water from fracking and coal ash, the radioactive smoke that comes out of smokestacks, or even toxic sludge in China from producing the magnets needed for wind towers,” Hopkins said. “With nuclear, every ounce of the waste product is kept in a concrete and steel-lined container which are more or less impervious. This explains why to date, not a single person has been harmed from the used reactor fuel from commercial nuclear power plants, and why nuclear power causes fewer deaths than any other power source.”

However, Illinois’ nuclear future has been brought into question after a federal government ruling blocking subsidies of clean energy sources.

Hopkins said students and community members who are interested in speaking out and contributing to the cause have plenty of means to do so.

“The next step is to contact legislators and show up to the capitol on Earth Day, April 22nd to tell them we care about meeting this goal and keeping these plants operating,” Hopkins said. “In addition to keeping existing plants open, we need to support the advancement of nuclear technology. There are promising developments in reactor technology, waste recycling, and storage technology that could revolutionize the industry if it were supported by the public and the government.”

After the Happy Hour event, GAMMA will be holding a public screening and discussion of the film “The New Fire” at the Urbana Free Library on Feb 13.