Police officers, detective to be honored in Yingying Zhang case 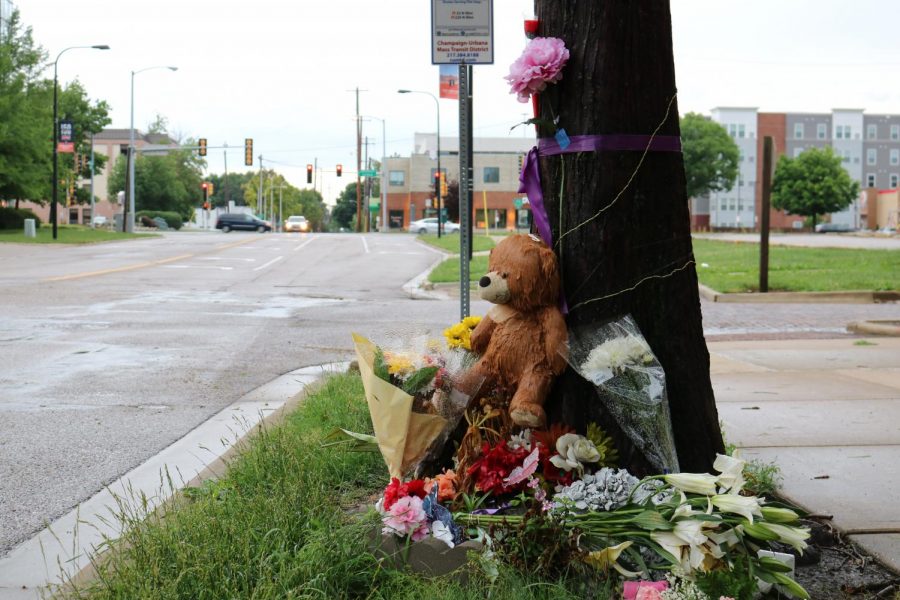 At the memorial Jiheng Jing, vice president of the Chinese Student and Scholars Association, announced plans to build a small garden at the bus stop at corner of Goodwin Avenue and Clark Street where Yingying Zhang went missing.

To recognize their work in the murder investigation of University scholar Yingying Zhang, members of campus law enforcement are being honored at the state Capitol Wednesday, according to a press release.

“In 2017, the entire Champaign-Urbana community was shaken by the disappearance of Yingying Zhang,” Ammons said in the press release. “In partnership with other law enforcement agencies and the FBI, campus police worked quickly and meticulously to sift through large amounts of information, not stopping until they found her. Were it not for the individual contributions from Officers Carter and Costa and Detective Stiverson, a successful investigation would not have been possible.”

Zhang went missing in June 2017 after getting into a car belonging to Brendt Christensen. Christensen’s trial started in June 2019 and he was sentenced to life in prison in July 2019.

After search efforts by local, state and federal authorities, Zhang was declared dead in 2017. The Illinois House will recognize the three members of campus law enforcement.

“It is because of these men’s efforts that Yingying Zhang’s family and the campus community have the comfort of knowing who was responsible for her devastating murder,” Ammons said. “I am pleased to welcome them to Springfield to honor not only their contributions to the investigation in this case but their service to the state of Illinois.”