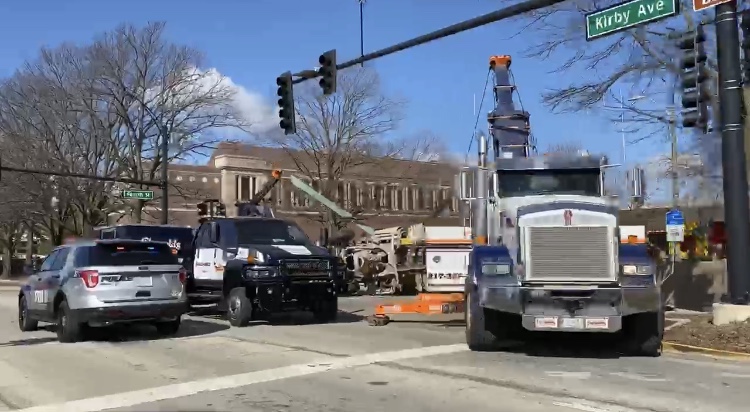 A concrete truck rolled over at the intersection of Fourth Street and Kirby Avenue just before 9 a.m. Wednesday. No injuries were reported, according to communications director for UIPD.

A concrete truck rolled over as it was making a turn at Fourth Street and Kirby Avenue Wednesday just before 9 a.m.

Communications director for UIPD Patrick Wade said in an email no injuries were reported.

As of 11:18 a.m., work crews were still at the scene getting the truck turned back and out of the way, Wade said. Some lanes were closed of traffic, and the UI Police Department is asking people to avoid the area until it is clear.