Another green takes part in Unofficial 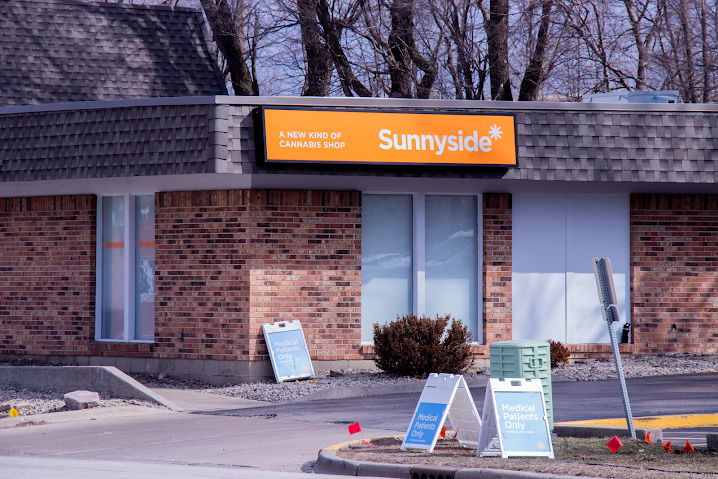 The Sunnyside Dispensary, located on S. Neil St, on Tuesday. It is unknown how newly legalized recreational marijuana will impact Unofficial activities.

One aspect of this year’s Unofficial St. Patrick’s Day that will be different is the legalization of recreational marijuana in Illinois.

While marijuana in emergency departments is not something the OSF Heart of Mary Medical Center specifically tracks or reports, Leon Yeh, vice president of Emergency Services at OSF HealthCare, released the following statement:

“Our emergency departments have not seen significant changes in visits related to the legalization of recreational marijuana. We anticipated that legalization would be unlikely to create a surge of new users overnight. While providers may ask about and test for marijuana and other drug use as part of a workup when necessary, we do not specifically track or report on usage rates.”

Dispensary stores, such as Sunnyside in Champaign, have seen constant business since its opening earlier this year, with lines of customers often out the door and around the corner.

Due to the already frequent traffic at dispensaries, it is not possible to tell whether or not business has increased leading up to Unofficial weekend.

According to Patrick Wade, communication director for the University of Illinois Police Department, since recreational marijuana use is legal, it will become less of a law enforcement issue at the event.

“You have to be a certain age, (and) you have to transport a certain way, so as long as everyone is doing everything legally, that’s not really going to be an issue for us,” Wade said.

As for ensuring safety, the UIPD advises the same precautions to be taken with marijuana as alcohol.

“We don’t want people using marijuana and then going out and doing whatever to put themselves in danger,” Wade said. “We will tell people the same stuff: Don’t use so much of it that you’re going to put yourself in a position where you can’t care for yourself.”

He added that the central issues in the past are mostly alcohol-related, and if there are any marijuana-related differences to set this year apart from others, it will most likely be even less of a problem.

Unofficial has had a reputation in the past due to intoxication-related incidents. This was enough to incite the University to send out messages to students’ parents, notifying them of the event.

In addition, University Housing enforces a no-guest policy during the weekend of Unofficial.

According to Wade, there has been a decreasing amount of difficulties the past few years at Unofficial, which the UIPD anticipates to continue. However, the police are not planning on preparing any differently from the past years and will continue to focus on recurring issues, such as incidents with traffic and fights.

This weekend, police are going to be going out in larger numbers. At private apartments, some of the landlords will hire additional security and also send out notes to their residents letting them know what’s expected of them.

“There’s just going to be a lot more eyes and ears out there looking for issues, making sure people are being safe, and again that’s all in the interest of making sure our students don’t get hurt and that the business of the University can continue,” Wade said.