The Urban Dictionary definitions of Unofficial 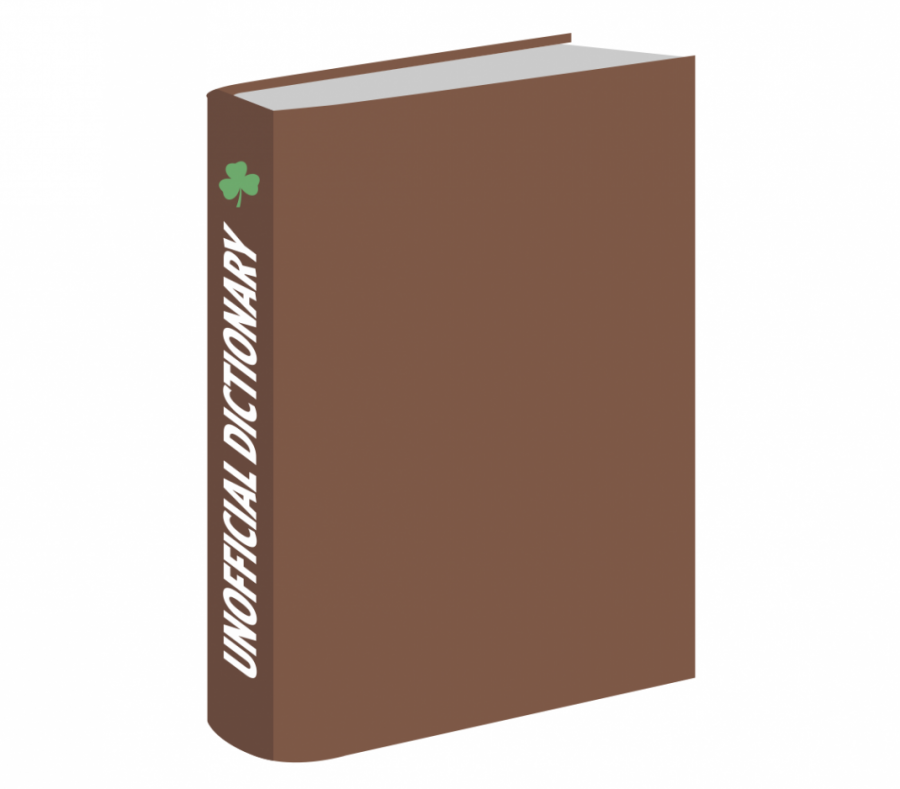 Unofficial St. Patrick’s Day is featured several times in Urban Dictionary. Here is a list of some definitions found there:

Short for Unofficial St. Patrick’s Day, this is an event held each March at the University of Illinois at Urbana-Champaign. This is the largest local drinking holiday in the United States. It was created due to St. Patrick’s Day being held over the University’s spring break. Students from across the country visit Champaign-Urbana to take part in this, as their schools do not consume as much in an entire decade as the University does on Unofficial.

Indiana Student 2: “No, I am going to U of I this weekend to celebrate Unofficial. I wish I had gotten good enough grades to get in there.”

Indiana Student 1: “Yeah, you’re right. They are better at academics, athletics and they have way more fun.”

Unofficial is the phrase commonly used to describe the Friday prior to St. Patrick’s Day at the University of Illinois. The holiday began when students realized St. Patrick’s Day was falling on spring break, and they would not be able to celebrate it. The day is marked by bars opening at eight in the morning, kegs on front lawns, students from nearly all surrounding schools flooding the campus to celebrate by drinking obscene amounts of alcohol. It has been said that more drinking occurs on Unofficial at the University than throughout many other school’s entire years.

“Oh man, I got so bellig on Unofficial last year.”

Unofficial as in Unofficial St. Patrick’s Day. It is the main drinking event on the University of Illinois Urbana-Champaign during the year. It usually occurs a few weeks before actual St. Patrick’s Day. Students wake up on Friday and begin the festivities around eight in the morning, while some start as early as 6 a.m. People walk around with beer in their hands, Nalgene bottles filled with a cornucopia of alcoholic beverages. The bars open at 11 a.m., though they used to open at 8 a.m., and green beer is everywhere. People go to class and take quizzes wasted, campus police guard the large lecture halls, city police guard the residence halls and best of all, the drinking goes on all day long. God bless America.

Dude 2: “That blows, here, I filled my Nalgene with vodka, drink up.”

A one day and recently two-day celebration created by Champaign bar owners when they realized they were missing out on St. Patrick’s Day-related money from students at the University of Illinois. Every year, these owners buy the services of several advertising companies to start Facebook groups that pose as student-created, touting how they will break the rules and flout convention by drinking alcohol all day on Unofficial St. Patrick’s Day. Gullible students are all too happy to oblige, believing they are doing something rebellious. Bar drink prices are jacked up, many citations and arrests are made and sometimes a person or two dies.

It is also the source of much argument between squabbling Midwest schools, as to who has the more “out of control” party.

“Dude, can you believe Murphy’s is charging $20 cover? Or that those green beers are five bucks a piece? It must be Unofficial St. Patrick’s Day!”

“Unofficial Day” is a lame asinine day, now two days, created by local bar owners to cleverly exploit dollars from immature risk-taking students. It’s simply plan to minimize the dollars lost during the absence of students on St. Patrick’s Day, which occurs while students are on Spring Break. The idiotic event’s only claim to infamy is marathon drinking while wearing green shirts. There is no entertainment; there are no festivals, no organized music concerts, nothing, except the attempts to make money by promoting the consumption of intolerable and unsafe amounts of alcohol by college students, many of them being underage. The promoters of this even make no efforts whatsoever to ensure, even the minimal safety of any participant. The 2007 event resulted in the death of a female. The students don’t know any better, because they are young and impressionable and see it as just another party without consequence. It is just a pitiful excuse by some local bar owners to exploit the ignorance of youth, and simply make money without any regard for the health, safety or laws of Champaign, Urbana or the Great State of Illinois.

A thoroughly racist drinking holiday celebrated at the University of Illinois sometime in the weeks preceding St. Patrick’s to make up for students being on spring break over the holiday. It is characterized by its green “Irish” theme and strong reinforcement of often negative Irish and Irish-American stereotypes. It has nothing whatsoever to do with authentic Irish culture or St. Patrick’s Day at all.

Student #2: No, but thank you so much for desecrating my heritage.

A lame excuse to hold a weak party because University knows that it isn’t a party school and needs a sliver of hope to hang onto. The alcohol consumed on this day is a mere fraction of what is consumed at other schools on a Tuesday afternoon.

Some lamer:”Dude come fly out from Santa Barbara for Unofficial!”

Cool guy: “Sorry, I’ll stay in California where we party like that all the time and the parties are not cockfests and full of fuglies.”