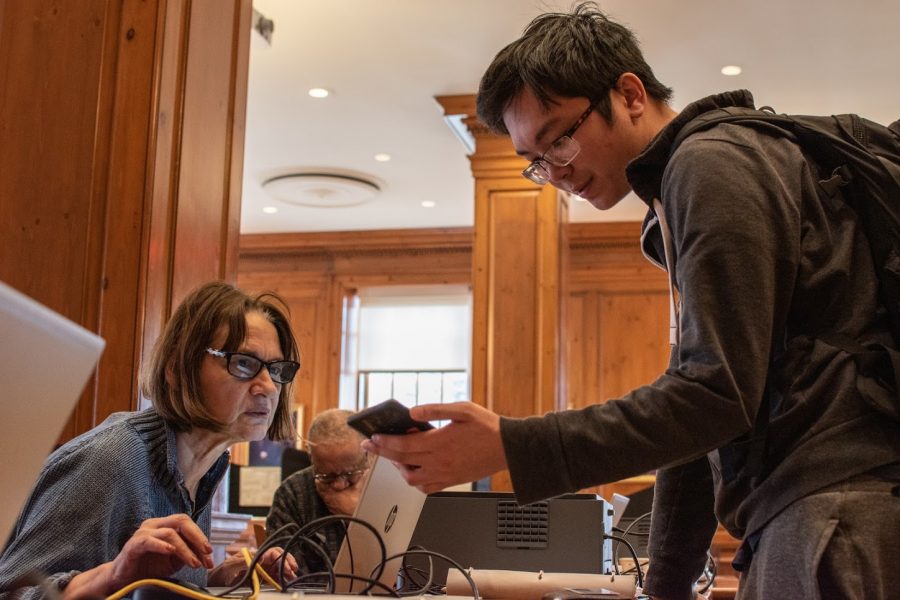 A student checks in to an early voting polling place at the Union on Thursday.

As the Illinois primary elections draw nearer, local voting organizations are working to increase numbers at the polls before and on the official voting date of March 17.

As most students at the University are of legal voting age, they are faced with the choice of whether or not to vote.

Maya Korol, freshman in LAS, said she believes being politically aware is her duty as an American citizen.

“Regardless of your political opinion, as long as you can support it with facts and respect others means you are doing your job to make our government representative,” Korol said.

Korol said while most of her friends have committed to voting, she recognizes that many young people do not vote.

“Student voting has increased by huge amounts in the past decade, but until 100% of students are voting, it is not enough,” Karol said. “I think political organizations have done much better jobs of promoting voting and means of voting, but for many students, it’s completely off their radar since it doesn’t necessarily impact their day-to-day lives.”

The nonpartisan Champaign County Voters Alliance focuses on increasing the number of registered voters who actually make it to the polls to cast their votes.

James Manrique, co-founder of the CCVA, said the group focuses on out-of-the-box methods and ideas to increase voter turnout. One of these methods, the candidate information guide, aims to inform potential voters of the candidates, so they can be more confident in making a decision, increasing their likeliness to vote.

Early voting has been ongoing since Feb. 6. Those who choose to participate can vote at the County Clerk’s Office.

As for student voters, there will be polling locations on campus at the ARC and the Illini Union starting March 2.

In addition, the University is currently trying to promote an “unofficial early voting day” on Tuesday in order to allow for more students to have access. This is because the official voting date, March 17, is during the University’s spring break, and many students will not be on campus.

Manrique said it is important to normalize the voting process and to remind people to engage in discussions with their friends about it.

“Change starts with (students),” he said. “Because voter turnout is so low for primary elections and with all elections, students should have a voice and where their tax dollars are going and who represents them.”