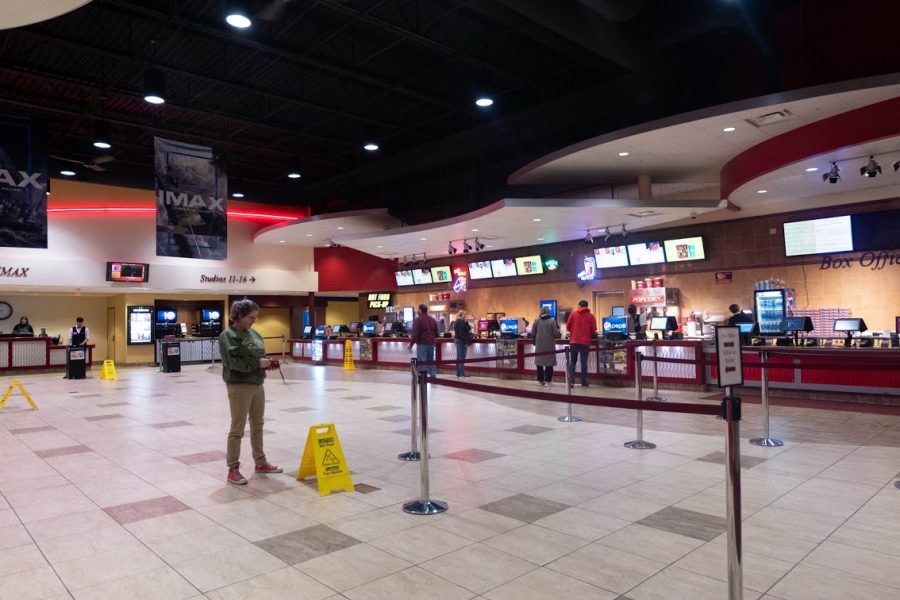 The lobby of the GQT Savoy 16 IMAX theater located off of route 45 on Saturday. Savoy 16’s parent company, Goodrich Quality, owes $33 million to other companies.

Goodrich Quality Theaters, the parent company of Savoy 16, has recently filed for bankruptcy. It owes $33 million to other companies, such as The Walt Disney Company, IMAX, Sony Pictures and Warner Bros.

“I was a little concerned when I found out about it, because it’s a movie theater; I like it better because it’s closer and less crowded. I personally think it’s a bit nicer,” said Colin Bernoteit, sophomore in Business.

Many students prefer the Savoy 16 theater over the AMC theater in Champaign due to its proximity and convenience, but as of now all of the theaters will remain open according to Kelly Nash, director of GQT marketing.

The company filed for a chapter 11 bankruptcy, also known as a reorganization bankruptcy, that pays creditors over time to keep the company afloat.

“We ultimately determined that a court-supervised reorganization process and the stability it brings will put us in the best position to do what is in the best interests of our community that has supported us for so many years, as well as our various stakeholders,” Nash said.

The company also has restructured debt that will have to be processed. This can occur by reducing the interest rates on loans or extending the dates when a company’s liabilities are due. This may also include a debt-for-equity swap, where the creditors could potentially agree to cancel a certain amount of the debt in exchange for equity in the company.

GQT has 30 theaters across five states, and as of right now, is still continuing their businesses and showing movies in all their current locations as they try to sort out the issue.

“At this stage, we are confident that we will be able to keep our doors open and continue to show movies at all of our existing locations,” Nash said.