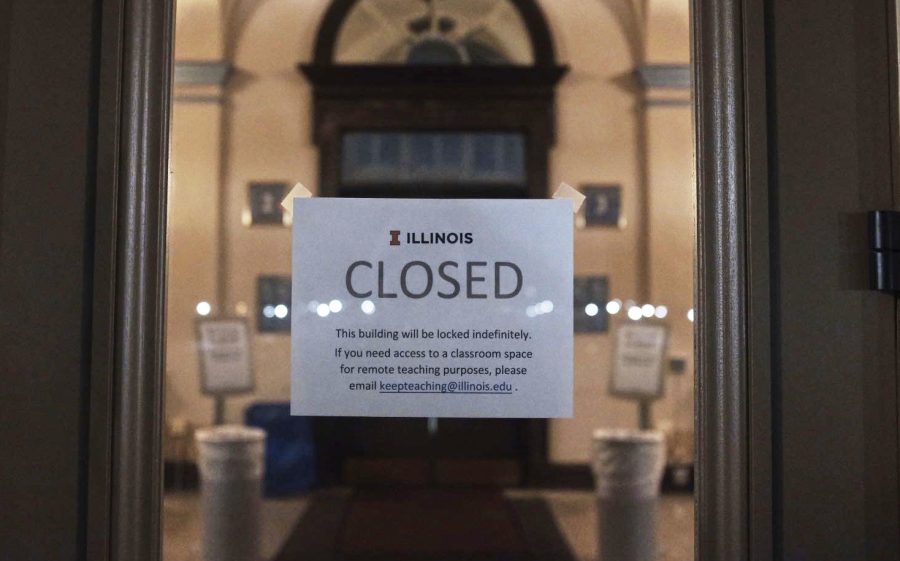 A sign sits on the front door of Foellinger Auditorium announcing its closure on Friday evening.

On Wednesday, March 25, the United States surpassed China as the world leader in confirmed COVID-19 cases. Here’s a rundown of nationwide, statewide and localized numbers for readers of The Daily Illini, along with virus-related closures, cancellations and postponements. Numbers in parentheses mark increases from the previous day.

Editor’s note: This is an ongoing story. The Daily Illini will provide daily updates to its contents for the foreseeable future.