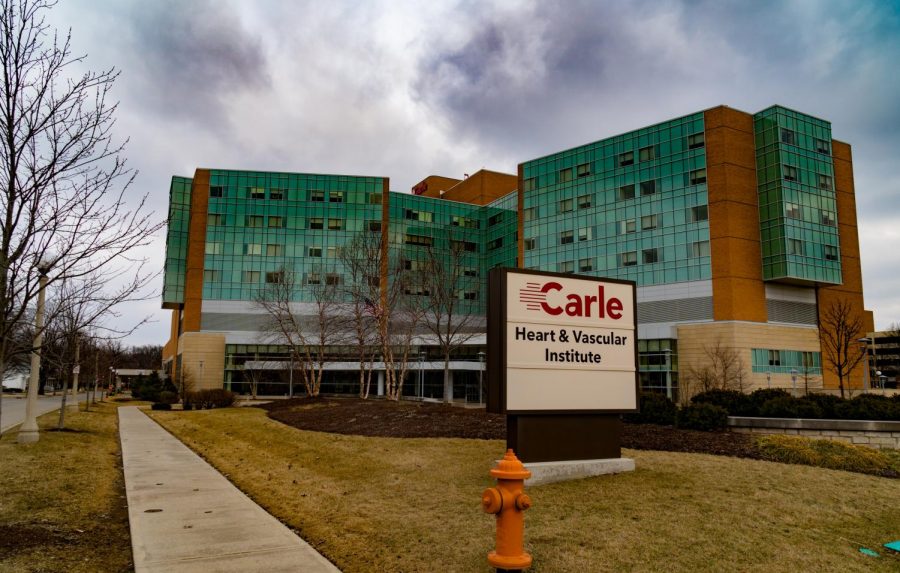 Carle Health System recently struck a deal with the University to allow the Activities and Recreation Center, Bousfield Hall and Wassaja Hall to be used as Carle’s alternative care facilities, should a local spike in COVID-19 cases overwhelm their regular areas of operation.

Jennifer Kaufmann, director of Enterprise Communications and Health System Marketing for the Carle Foundation, said that the ARC was chosen due to its layout, availability and close proximity to Carle Foundation Hospital.

According to University Housing, Bousfield and Wassaja were chosen because they are next to the ARC; doctors, nurses and other medical staff have been given the option to live in the residence halls, making it easier for them to go to and from work.

Both University Housing and Carle Health System have stated that these alternative facilities have been designated as preparation.

“The intent is to maintain care within the hospital and other Carle facilities, but this plan provides an additional option,” said Jamie Mullin, senior corporate communications partner for Carle. “The location is not in use today, but operations teams from the hospital and University are meeting to ensure the necessary infrastructure is in place.”

“(There were) about 200 residents in the Ikenberry Commons and Urbana North residence halls that we had to consolidate over to PAR, so when we heard about the partnership potentially coming down the line, it was set at priority to move students from Bousfield and Wassaja first,” said Chelsea Hamilton, University Housing’s senior assistant director for Communications and Marketing.

Hamilton also stated that University Housing was able to move residents over to PAR about two weeks ago.

An email was sent out to residents whose belongings were still in Bousfield and Wassaja, asking them to choose one of three options to deal with their belongings.

The second option was for University Housing to pack up their things and store them until the students could come retrieve them. This option was free, and if students didn’t meet the three-day deadline to hire Storage Squad, they were defaulted into this choice.

The third option was to have University Housing donate all of the items that students left behind.

“We packed about 300 rooms and so those belongings are all accounted for; we have taken pictures of all valuables; we have asked for valuables, so students were able to give us a list,” Hamilton said. “We always had two staff members helping to pack rooms and double-checking.”

Aurelio Huerta, sophomore in Gies, was living in Bousfield before the school moved to online instruction. He said that students were told through email they needed to be moved out by the end of March. Huerta was able to move his belongings out on his own before Housing stopped move-out March 21.

“It is best practice to start planning for what could be the worst-case scenario,” Hamilton said. “We were able to help Carle, as well as the surrounding communities by offering housing.”