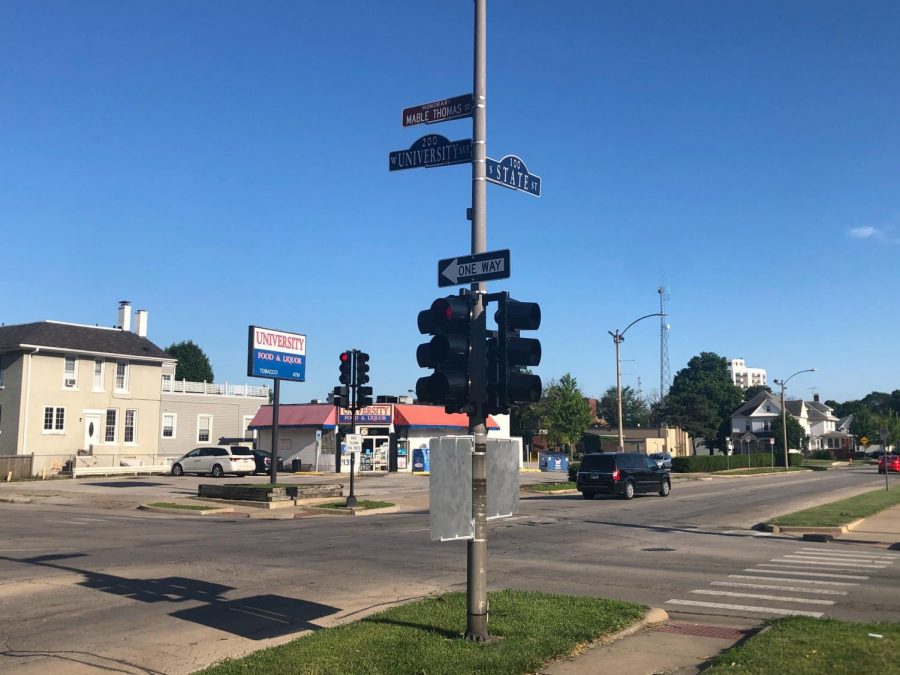 The intersection of University Avenue and State Street sits quietly on Thursday.

On July 1, around 11:50 p.m., Champaign Police responded to a robbery report at the 100 block of North State Street. As they arrived at the scene, the officers found an unresponsive 56-year-old white male who had been physically battered and didn’t have a pulse.

The officers began lifesaving measures until the victim could be transported to a hospital. Efforts to resuscitate the man at the hospital were unsuccessful and he was pronounced dead.

The investigation is ongoing, but preliminary reports suggest that the victim, who is believed to be homeless, was robbed and physically assaulted. Police found the victim near a park bench where he had been known to sleep, on the east side of State Street between University Avenue and Park Street.

Witnesses described the suspects as three Black male individuals. No arrests have been made at this time. Police are encouraging any resident or business in the nearby area with exterior surveillance camera systems to contact the police department.

Anyone with information about this incident is asked to contact police at 217-351-4545. To report information anonymously, submit tips to Crime Stoppers by calling 217-373-8477 or online at 373tips.com. Crime Stoppers will pay a reward of $1000 for information leading to the arrest of the person or people responsible for the crime.