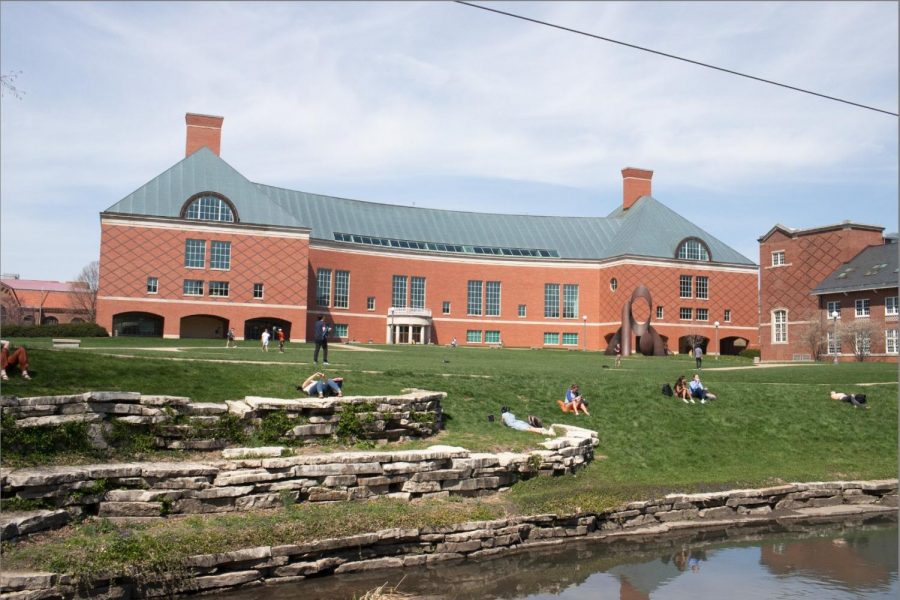 Students lay in the grass near the Grainger Engineering Library on March 1, 2019.

An anti-racism task force within the Grainger College of Engineering is in the process of creating a list of actionable steps the college can implement in order to fight racism within the University. Professors in Engineering, Lynford Goddard and Tandy Warnow, took the lead on creating this task force, after a meaningful conversation following George Floyd’s death.

With the help of voluntary staff, faculty and students, the task force is made up of approximately 30 members. Most of the members were part of IDEA.

“Shortly after the George Floyd killing, I was very disturbed and wanted to see if there was something I could do that could somehow change things,” Warnow said. “I already knew Lynford Goddard, who’s the director of IDEA. I wrote to him; something needed to be done.”

The main goal of the task force is “to provide action items that the College of Engineering can do that can address the racism that is present in society and specifically within the University of Illinois,” according to Warnow.

“The biggest challenge, I think, is that there are so many things that we want to address,” Goddard said. “A single person solving all the issues is not going to be an effective solution, so we wanted to have enough people with different backgrounds to be able to come up with, ‘What are the key challenges? Where are the areas that specific initiatives can address?’”

The idea of connecting members of IDEA with the “opportunity to think about policies and procedures was a natural one,” Goddard said.

The task force is broken up into subgroups, each targeting a different area. Once the list of actionable steps is done, the Dean’s Cabinet will discuss and find ways to incorporate the steps.

“Some of the things that we would recommend would be things that the whole University should be doing,” Warnow said. “The College of Engineering has an opportunity, as a very important part of the University, to take lead if they want to and (do) what is necessary.”

IDEA has hosted a series of online seminars addressing different subjects under the umbrella of racism, such as being an ally and addressing racism in academia. IDEA is also encouraging people to attend an anti-racism summer learning series, a four-part training program created by and for campus professionals, led by OIIR. According to the website, session topics include understanding systemic racism, being an anti-racist ally, understanding the movement for Black lives and talking with colleagues about racism.

Goddard, being part of Grainger’s Dean’s cabinet, sees the steps the college is taking towards a more anti-racist system. He talked about the Academy for Excellence in Engineering Education.

“It’s basically a group of faculty within Engineering who want to improve the way that they teach,” Goddard said. “They’re working on modules to incorporate into that teaching academy.”

Warnow said that she hopes the task force’s effort leads to more people talking and working together and realizing the importance of addressing racism in a constant way.

“There’s a wonderful sense of intelligence and leadership that is present among our student members and the staff and the faculty,” Warnow said.