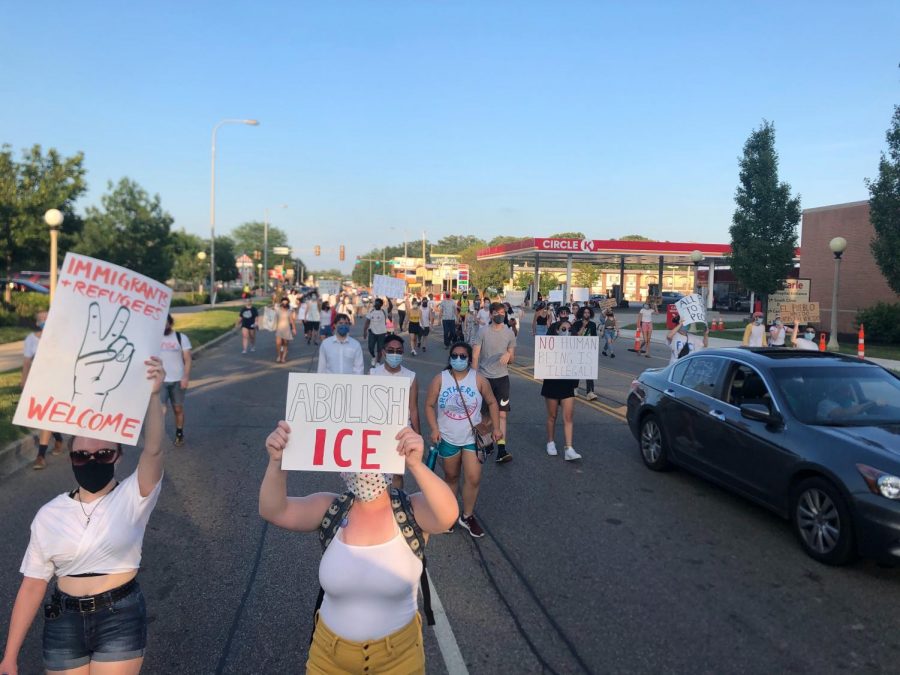 Demonstrators march on University Avenue during a protest against ICE on Friday.

A protest organized by Paign to Peace was held Friday at 6 p.m. in Urbana. This is the group’s third event, entitled “No Hate! No Fear! Immigrants are Welcome Here!”

The purpose of the demonstration was meant to protest the U.S. Immigration and Customs Enforcement, as well as show solidarity with immigrants within the Champaign-Urbana community.

The protesters met at the Urbana courthouse, congregating on the front steps, and began to march in the streets around 6:30 p.m., starting on Vine Street heading north. Their first stop was at the intersection of North Vine Street and East Main Street.  While there, Lisa Wilson, director of the local refugee center, gave a speech on immigrants and inclusion in the community.

At each stop, protesters delivered speeches. These ranged from immigrant, refugee and cultural organizations pledging support and denouncing ICE, to immigrants and their families sharing their experiences in the local community.