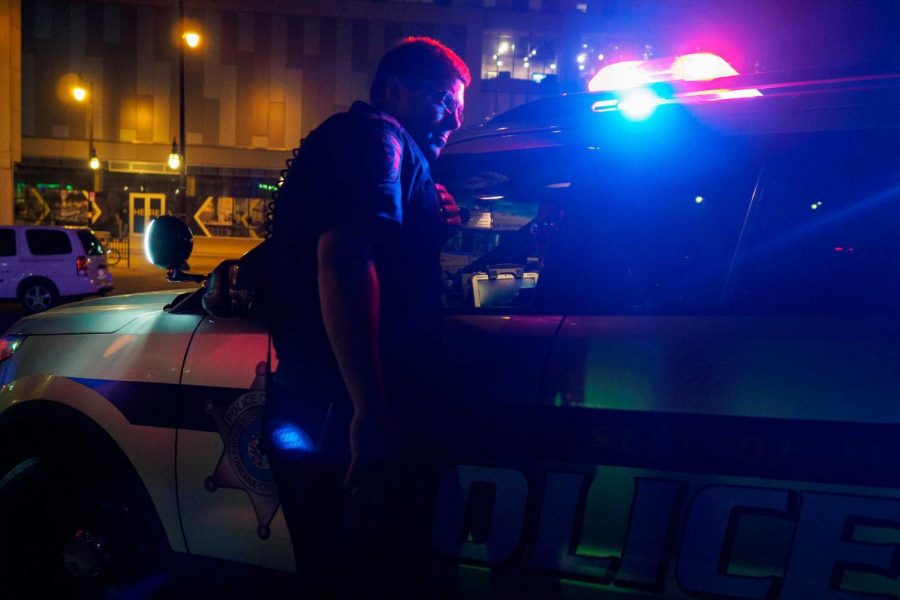 Two officers stand at the intersection of Green and Wright streets on Aug. 28. The shooting that took place Monday night is still under investigation and police are asking anyone with information to come forward.

The Champaign Police are investigating a shooting that occurred in the 100 block of Kenwood Road.

Police were dispatched to a hospital on Monday around 9:16 p.m. A 27-year-old victim was discovered with two gunshot injuries, and the victim was taken into surgery. His condition is unknown.

The preliminary investigation indicates the shooting occurred after a verbal altercation outside of an apartment complex.

Police are encouraging surrounding businesses or residents with camera systems to contact the police department.

“It is believed video footage may be of investigative assistance,” a City of Champaign press release stated. “The investigation is ongoing, and no arrests have been made at this time. Future updates may be provided as they become available.”

CPD is continuing to investigate the shooting and is asking anyone else with information to contact the police.