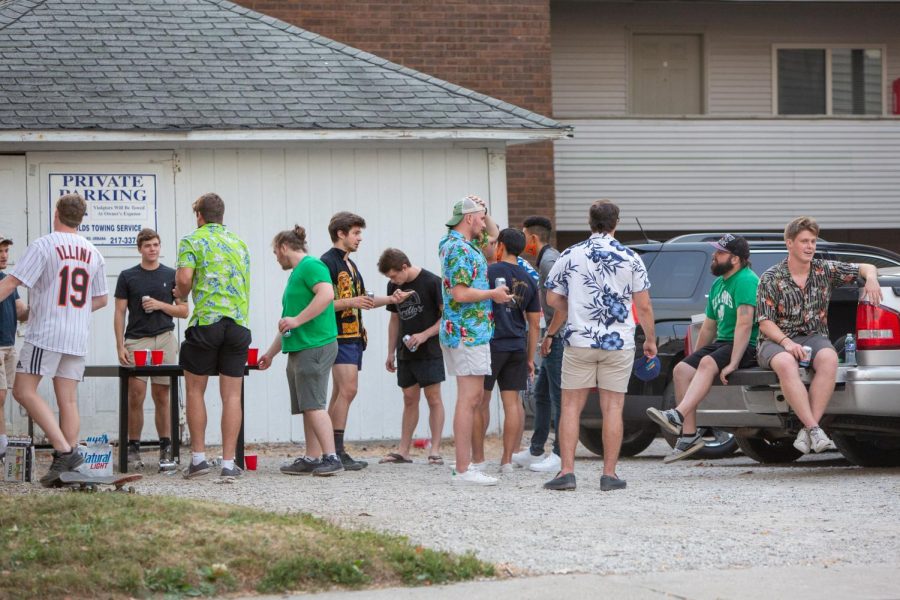 Students party in the driveway of a house located on First Street on Aug. 28. Some on campus residents received court notices due to breaking social distancing measures.

On Aug. 28, police officers witnessed a loud party at the offender’s residence in the 100 block of East John Street. According to the police report, party attendees were not socially distanced nor were they wearing face masks. More than 10 people were also present. The offender was issued three city of Champaign notices to appear in court on Thursday on the charges of hosting a nuisance party, reckless conduct and endangering public health.

Another student was also issued three city of Champaign notices on the same charges after he was identified as a leaseholder and attendee of a large party in the 900 block of South First Street, according to the police report. The party was hosted on Aug. 28 and the offender was issued the notices on Thursday.