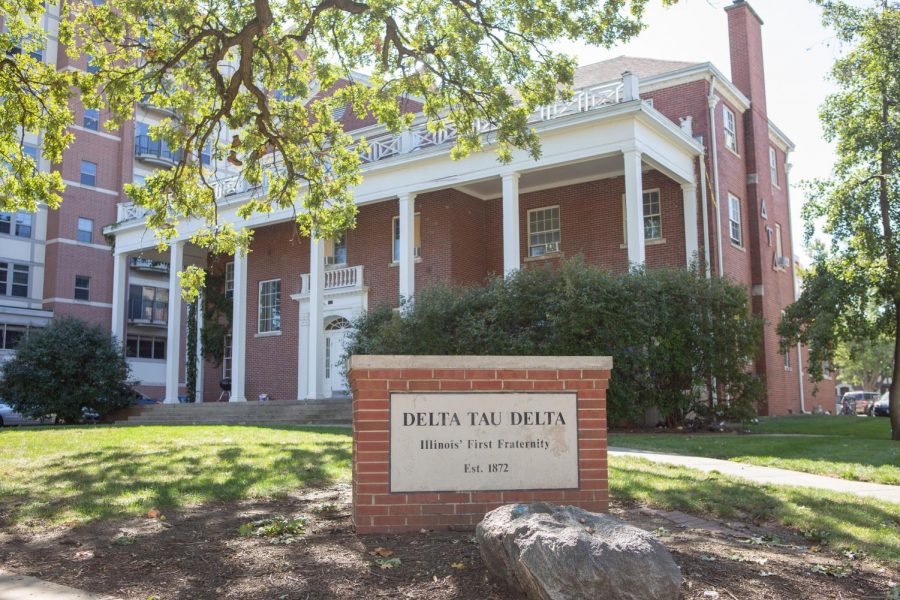 The Delta Tau Delta fraternity house sits on the corner of Fourth and East John streets on Sunday morning. The fraternity was suspended after hosting a large party on Thursday.

The University suspended campus fraternity Delta Tau Delta after its members hosted a large party at the house on Thursday.

Police responded to the scene at 9:17 p.m. after they were notified of the party. The large gathering violated University and city COVID-19 safety orders, which limit social gatherings to 10 people or fewer.

When the police arrived at the Delta Tau Delta house, they issued Thomas McDonagh, president of the chapter, with a City of Champaign notice to appear in court. McDonagh was cited for “endangering public health.”

All of the other students present at the gathering will be referred to the discipline system put in place for COVID-19 violations on campus.

The Interfraternity Council said in an email, “it’s unacceptable that certain members of the IFC have not followed the COVID-19 policies set forth, and violators will be held accountable for their actions.”

Once these incidents are filed about a fraternity in the IFC, the Office of Student Conflict Resolution calls for an investigation into the incident and is followed by a meeting with the representatives from the chapter.

The IFC has “passed legislation banning all social events until it is safe to do so again as deemed by the state, Champaign-Urbana and the University,” in order to ensure the safety of the campus community and prevent these incidents from occurring again.